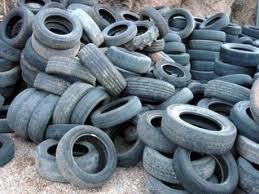 Hertz (NYSE: HTZ) made a wildly high offer for Dollar-Thrifty (NYSE: DTG). The value of the possible buyout is $2.24 billion.  That equals$72 a share, although the real value of the offer is hard to figure because part of it is in shares. The stock moved to $78 on the news.

Avis-Budget (NYSE: CAR) thought it has a definitive deal to buy Dollar, but its board must look at other possibilities because of its fiduciary duty.

The Hertz bid is 24% above Avis’s which makes it hard to justify. Earlier this year, Dollar-Thrifty traded below $48.

There is absolutely nothing in the Dollar-Thrifty financial statements which would justify such large premiums. In the first quarter, revenue was essentially flat at $348 million. Net income dropped from $47 million in the same period last year to $30 million.

Each bid has at least two things which will work against the creation of value in the short term. The first is that “synergies”, or cost cuts, are not likely to justify a price which is 70% above where the stock traded less than six months ago. The other is that high oil and gas prices may stay high for months, or longer. That will make the rental car business one with little and perhaps negative margins