A Break-Up Of Nokia 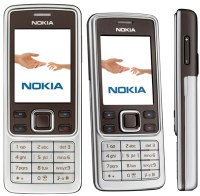 Nokia (NYSE: NOK) looks quite a lot like the old Motorola did five years ago. Motorola’s cellphone business was nearly ruined as the company failed to replace its RAZR with another popular handset. Motorola has an enterprise systems business that helped build wireless infrastructure and the division was profitable. It also had a  profitable home products operation which marketed set-top boxes. It took several false starts, but Motorola eventually broke itself into two pieces, one of which was its handset operation. Nokia has the same opportunity now. Investors would be able to own shares of three companies and could then decide which businesses had the most value at their new share prices.

Nokia’s largest and most troubled operation is its handset company. The division still has about 35% of the global market but lags companies like Apple (NASDAQ: AAPL), Research In Motion (NYSE: RIMM), HTC, and Motorola in the smartphone sector, which is the fastest growing in the industry.

Nokia’s’s smartphone and handset divisions might be worth very little in the financial markets, but investors could gamble on a turnaround of this unit–a great deal of risk with the potential of a great deal of reward. The division still makes money–694 million euro in the last quarter–but that profit will probably disappear soon.

Nokia’s enterprise operation is in a joint venture with Siemens. The business has grown recently as it bought the enterprise assets of Motorola.  Nokia may be able to sell its half of the business to its partner. It is hard to determine what the sale would bring.  The venture grew 17% in the last quarter as revenue rose to 3.2 billion euro. Nokia’s half of the joint venture is certainly worth several billion euro.

Nokia’s most attractive division is probably NAVTEC. Its revenue rose 22% to 232 million euro in the last quarter. The unit is small, but it is in a rapid growth sector. Its location-based GPS products are used in autos, mobile phones, and government electronics.

Nokia has 11 billion euro in cash on hand. Most of this could go to the handset business in a break-up. That would at least give the unit some inherent value as it struggles to regain its footing.

The break-up of Motorola was the only way the company could create substantial value for investors. It let them see the firm as more than the sum of only loosely related parts. Nokia needs to do the same thing and it needs to do it soon before more investors abandon the company.