Poor Judgment by Ralcorp’s Board

Ralcorp’s (NYSE:RAH) board of directors unanimously rejected the latest merger proposal from ConAgra Foods (NYSE: CAG), saying the $5.18 billion unsolicited bid was not in the best interest of the company. Given the tender offer represented more than a 25% premium over current trading prices, one has to question whether board members truly represented the fiduciary interests of shareholders.

The maker of Chef Boyardee, Healthy Choice, PAM no-stick cooking spray and other food products, has made several unsuccessful bids for Ralcorp since March, culminating in a recent $94.00 per share offer in cash. St. Louis-based Ralcorp has repeatedly spurned the offers, opining it could best unlock shareholder value by spinning off its Post Foods division, which includes brands Honey Bunches of Oats, Grape Nuts and Fruity Pebbles, from its private label (store brand) and ready-to-eat foodstuffs (like cereals, cookies and pasta).

Considering the purchase price was higher than Ralcorp has ever traded at, it is hard to fathom why senior management failed to endorse ConAgra’s offer, especially given the personal payday that awaited each of them under “change-in-control” clauses contained in their respective employee agreements. In a buyout, co-chief executives Kevin Hunt and David Skarie each stood to pocket, at a minimum, $15 million (including $3.7 million in accrued salaries and cash bonuses, and in excess of $6 million in stock awards). Chief financial officer Thomas Granneman left more than $5 million on the table, too (including $3 million in three-years worth of salary and average annual cash bonuses, and more than $2 million in stock awards). Furthermore, actual payouts to named executives would have been significantly higher, as these severance packages were based on the closing price of Ralcorp on September 30, 2010 ($58.48 a share), according to the 2011 proxy statement.

That management and the board of directors now believe that a spin-off of Post brands is the better option to boost value for its shareholders — as opposed to an acquisition by ConAgra — is odd, considering the same guys were the cheerleaders behind the $2.6 billion purchase of the same ready-to-eat brands from Kraft Foods (NYSE:KFT) in 2008.

“A transforming event for Ralcorp — the addition of Post cereals gives Ralcorp a truly distinctive line of branded cereal products plus a branded infrastructure and platform that we can build on through organic growth and acquisitions,” David P. Skarie said in November 2007.

For the nine-months ended June 30, segment profit for Post brands contributed 33.3%, or $160.6 million, of $481 million in total segment profits. By comparison, Ralcorp derived just $64.4 million, or 13.3% of income from the manufacturing of third-party cereals. In addition, branded profit margins of 22% almost doubled those of its private-label operations.

Though Post-branded cereals remain the profit cow for the company, the Kraft purchase did not exactly shake up the cereal category or propel Ralcorp above also-ran status. The brand remains mired in third place and, looking ahead, management is acutely aware that growing margins will be difficult, given competitive obstacles, the incessant promotional and bidding wars with industry leaders Kellogg (NYSE: K) and General Mills (NYSE: GIS) for slotting space on the shelves of supermarket chains and discount retailers such as Walmart (NYSE:WMT).

Management has admitted, too, on recent quarterly conference calls that operating efficiency gains will unlikely be significant enough to offset the adverse effect of $200 million in cost inflation, from increases in packaging and freight to primary ingredients (such as durum wheat, cashews and peanuts).

Ralcorp is the nation’s largest supplier of private label cereal, including copycats of more than 30 of the top national brands and (20 hot cereals). Ergo, looking ahead, management believes manufacturing higher unit volumes of store brand products could better insulate forward profitability from the aforementioned competitive headwinds.

Some on Wall St., disagree with Ralcorp’s internal optimism. Morningstar analyst Erin Lash argues that spinning off Post would prove to be a “value-destroying investment for Ralcorp’s shareholders,” as Post trails rivals Kellogg and General Mills in the “highly-competitive’’ cereal category.

It is unlikely that a Post spin-off would improve Ralcorp’s financial flexibility. On June 30, trailing twelve-month total debt stood at 3.2 times operating EBITDA and more than 70% of total assets on the balance sheet was fluff: some $4.8 billion of goodwill and other intangibles.

According to regulatory filings, as part of the split, Post is expected to generate approximately $1 billion in net cash for the company. However, $545 million of these proceeds will go towards the company’s August 2011 purchase of Sara Lee’s (NYSE: SLE) refrigerated dough business, leaving little left over to make a dent in the $2.4 billion in long-term debt.

In addition, the 10Q Detective notes that post-split, private-label Ralcorp will lose the cash flow contribution from the higher-margin branded cereal business!

Ralcorp appears fairly valued based on sector comparisons: 18.6 times trailing twelve-month (TTM) price-earnings, which is 16.2% and 28.7% higher than the TTM of Kellogg and General Mills, respectively.

Wall St. itself is divided on much additional market value a Post cereal spin-off would generate longer-term to existing shareholders, with post-split capitalizations ranging from the mid $70-range up to $90 a share. BB&T Capital Markets analyst Heather Jones estimates the private label part of Ralcorp could fetch an estimated 9 to 9.5 times EBITDA, and Post about 8 times, suggesting a total post-split value of $85 to $90 a share — lower still than ConAgra’s $94 per share (all cash) offer!

“Cuckoo” — but Not for Cocoa Pebbles

Even with a mouthful of cereal and milk, the audible sounds of fiduciary irresponsibility by the board cannot be muffled. One is left to ask, did the board fear losing more than complimentary boxes of Cocoa Pebbles in a ConAgra takeover — such as the cushy $200,000 (+) annual stipend for showing up eight to 13 times a year for board meetings? 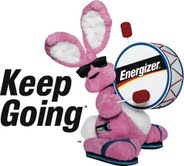 While frustrated Ralcorp shareholders are left pondering what possessed the board to ignore ConAgra’s more-than generous merger bid, they might also want to question management on the following potential conflict, too: How come this “independent board” still sits three members with common ties to Energizer Holdings (NYSE: ENR), including William P. Stiritz, who chairs Ralcorp’s board, and J. Patrick Mulcahy, Energizer’s current chairman? It has been 17 and 11 years, respectively, since the food and battery companies were sent packing from the Ralston Purina (NYSE: RAL) family.

Since when does selling batteries make one an expert on food goods? Unfortunately, it is unlikely the Energizer bunny can do much to keep Ralcorp’s stock price “going and going.”