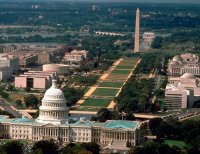 Twelve members of Congress have been tasked with producing legislation to cut up to $1.5 trillion out of the federal budget over the next decade. Like all politicians who rely on donations from their constituency, the twelve are beholden to local interests. These interests can influence the impartiality of their decisions if they put local interests ahead of national ones. 24/7 Wall St. has reviewed the members’ voting records, the bills they introduced and the contributions they received to see how their legislative actions correlate with the interests of their top monetary contributors.

Each member of the so-called “super committee” gets a large portion of his or her campaign contributions from a relatively small number of donors, mostly corporations. Representatives and Senators may well have only national interest in mind when they vote. But it is also likely that the interests of their contributors sway their voting decisions on occasion. If so, the super committee’s deliberations will almost certainly be driven not only by the members’ desire to act in the best interests of the United States but also by their desire to raise money for reelection.

Using legislation data from OpenCongress and campaign contribution data from the Center for Responsive Politics, we looked at whether companies that contributed to the members’ electoral campaigns also benefited from the legislation they passed or proposed. We found that the amount of the contributions and acts on behalf of these contributors were often apparently aligned. Jeb Hensarling , the co-chairperson of the super committee, has recently received large donations from First State Bank, The American Bankers Association, and Bank of America. In 2010, Hensarling has come out against several strict bank regulations. Most other members of the committee have similar ties between contributors and legislation favorable to the donors.

The public and the media’s general perception of the super committee is that its Republican members will reject tax increases while its Democrat ones will seek to protect social programs. The situation is more nuanced than that. Each of the 12 members has priorities in his or her own district and among contributors whose interests are narrow and may not relate to actions to balance the nation’s budget at all.

The following are the 12 members of super committee and their biggest corporate donors.