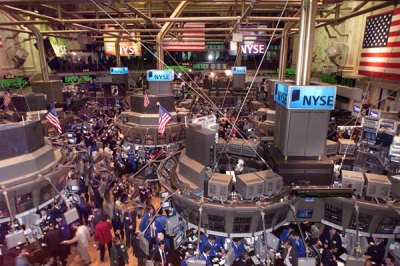 Markets opened higher this morning but the day ended up mixed between stock winners and losers.  Janet Yellen talked more about her outlook inside the Federal Reserve, but more poor housing price data was considered.  As has become the norm, the headlines in Europe were watched all day and the reaction to Iran overrunning the U.K. embassy had only a limited impact.

Here are today’s big post-earnings reactions with prices during the last half-hour of trading: Tiffany & Co. (NYSE: TIF) is down almost 8.7% at $67.25 right before the close.  Magal Security Systems Ltd. (NASDAQ: MAGS) was up over 70% at %4.58 right before the closing bell after strong earnings.  Other news of interest includes the reverse split and delisting of B+H Ocean Carriers Ltd. on the Amex, a further sign of troubles facing the shipping industry. Several other standouts from today are as follows…

Research in Motion Ltd. (NASDAQ: RIMM) was up almost 6% at $17.46 in the final minutes as that analyst upgrade identified a merger scenario.

Seagate Technology PLC (NYSE: STX) was up 4% at $16.64 in the final minutes. The storage drive maker raised its revenue outlook for the current quarter, and an analyst at Citi raised the company’s price target from $24 to $26.

Inhibitex, Inc. (NASDAQ: INHX) was up as it benefits from the current interest in hepatitis drug developers, and shares were up 20.5% at $13.74 in the final minutes before the close.

Corning Inc . (NYSE: GLW) was pounded lower with shares down 10.5% after the company lowered its fourth-quarter outlook and said that an unnamed Korean customer was not going to honor its contracts, sending earnings estimates down by -30%.  This Korean contract default was not in any analyst models and that was not an expected event even if the warning should have been expected.

Stay tuned for Wednesday. We have noted the following events (all times Eastern):