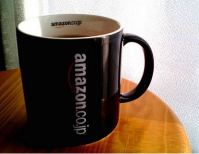 Most of America’s largest companies are also among its oldest companies. In fact, many of the Fortune 100 firms are more than a century old. Almost none were founded in the past 25 years, and not a single one was founded in the past decade. Longevity is one of the keys to success for corporations that consistently have billions of dollars in sales each year. A few companies, however, break the trend. 24/7 Wall St. analyzed the Fortune 100 companies and found the 10 youngest.

In the past year, excitement in the press and on Wall Street centered on companies that are only a few years old. Groupon (NASDAQ: GRPN), LinkedIn (NYSE: LNKD) and FriendFinder (NASDAQ: FFN) had little trouble raising money in the pubic capital markets. Many of those stocks have fallen since their market premiere, but analysts still expect new companies like to Zynga and Facebook to have tremendous valuations when they go public. What these companies share beyond “buzz” is that they are not only new but also small. Facebook, by most estimates, will have revenue of $4 billion this year. It is still not clear whether its social network model can be sustained as a big business, even if it does have 750 million members.

24/7 Wall St. analyzed all of the corporations on the most recent Fortune 100 list to find which of them had been founded most recently. Eight are technology companies. This is not surprising because over the past 40 years, the growth of software, PCs and portable electronic devices has been extraordinary. The other two corporations are big-box retailers — Costco (NASDAQ: COST) and Home Depot (NYSE: HD). They are part of a trend started in the 1960s by Walmart (NYSE: WMT) to build very large stores, staff them modestly and charge prices well below those available in niche stores or boutiques.

Microsoft (NASDAQ: MSFT), Apple (NASDAQ: AAPL), Cisco (NASDAQ: CSCO) and Amazon.com (NASDAQ: AMZN) seem to have been around for a long time. For Americans under 30, they have. However, major and sustained revenue success is linked to age, among other things. Facebook may make it onto the Fortune 100, but it will take years for its revenue to get to $20 billion or $30 billion. If it gets there, there is no guarantee it can maintain that level of sales for decades like the youngest Fortune 100 companies have.

24/7 Wall St. identified the 10 companies present on the 2011 edition of the Forbes Fortune 100. When companies merged, we looked at the founding date of each company and took the oldest. In addition to annual revenue of the most recent fiscal year, as well as Fortune 100 rank, 24/7 included the industry and number of employees, provided by Google Finance.