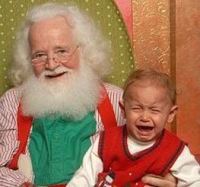 Markets rallied into the Christmas weekend. Perhaps the major U.S .indices will be well up for the year. Little is likely to happen between now and the new year to dampen the mood. The eurozone sovereign problem is at rest while the International Monetary Fund and financial ministers in the region set their plans for 2012. The American Congress will pass legislation to sustain tax cuts and long-term unemployment payments, although only for two months. Every single measure of U.S. holiday sales shows consumer activity up.

AMR (NYSE: AMR), the parent of American Airlines, has taken advantage of the peculiar advantages of Chapter 11. A judge approved its plans to buy 32 Boeing (NYSE: BA) jets between now and the end of the year. It also looks like the airline company will get to cancel some leases on older planes. American would have been unable to effect those cancellations under normal circumstances. Labor and airplane lease companies have a great deal to fear from the Chapter 11 process. The bankruptcy court could decide that union pacts hobble the airline too much to make it viable. A judge also could decide that American must close down a number of routes. The Boeing decision is an early sign that American will come out of Chapter 11 a much stronger firm.

Eastman Kodak (NYSE: EK) continues its efforts to find a way to prevent Chapter 11. The company promoted its general counsel to president. Laura Quatela has been instrumental in setting licenses for the firm’s intellectual property to Samsung and LG Electronics. But Kodak has failed to license any of its large digital portfolio, which means that Quatela’s success has been limited. Some observers of Kodak are shocked that CEO Antonio Perez has kept his job. There is the possibility that if Kodak does file for bankruptcy, Quatela would be the best steward of the company’s assets, so her move to the top job may not be far away.

Congress appears almost certain to pass legislation to extend jobless benefits and payroll tax cuts for another two months. House Republicans had resisted this, but pressure was brought to bear on their leadership by rank and file representatives who had heard complaints from voters about the difficult financial situation of many Americans. Of course, the short-lived nature of the program extensions means debate on them will begin again when Congress returns from the holidays. That fact is more important than the passage of the bill. The jobless and people who need the few dollars per month that payroll tax cuts give them may find themselves in worse conditions in March rather than now. That will keep many consumers conservative, at least until they know the fate of the two programs for the balance of the year.