Does Delta Make Sense as an Oil Refiner? 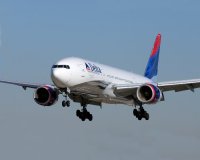 A deal that first made it into public view less than a month ago has now been completed. Delta Air Lines Inc. (NYSE: DAL), through its wholly-owned Monroe Energy LLC subsidiary, has acquired the 185,000-barrel/day Trainer, Pennsylvania, refinery from Phillips 66 (NYSE: PSX), the refining company spin-off from ConocoPhillips (NYSE: COP) that officially begins trading today.

Delta will pay $150 million for the refinery and expects to spend another $100 million to boost the plant’s capacity to make jet fuel, which is the reason Delta bought the refinery in the first place. The deal follows yesterday’s $5.3 billion acquisition by Energy Transfer Partners L.P. (NYSE: ETP) of downstream company Sunoco Inc. (NYSE: SUN).

A couple of interesting questions follow Delta’s entry into the refining business. First, will other airlines follow? United Continental Holdings Inc. (NYSE: UAL), US Airways Group Inc. (NYSE: LCC), and Southwest Airlines Co. (NYSE: LUV), like other large carriers, follow a hedging strategy that tries to even out the ups-and-downs of crude prices. When it works, as it did for Southwest in 2006 and 2007, management looks like geniuses and the airlines makes a ton of profit. When it doesn’t work, as it didn’t for Southwest a few years later, the less said the better.

The only reason to buy a refinery is to mitigate price risk on crude oil. Delta claims the cost of the refinery is equivalent to the price it would pay for one widebody jet. The company expects to save twice that much annually on fuel costs going forward. Before United and the other carriers jump into the refining business they will want to see if Delta can actually realize its projected savings.

Which brings us to the second question: how does Delta expect to mitigate crude oil price risk? When the possible refinery acquisition first became known, there were reports that JPMorgan Chase & Co. (NYSE: JPM) would take on the crude oil trading that would be needed to supply the refinery. As announced today:

[Delta subsidiary] Monroe is partnering with leading energy companies to supply crude oil and receive jet fuel in exchange for Trainer’s non-jet fuel outputs. Under a three-year agreement, BP will supply the crude oil to be refined at the facility. Monroe Energy will exchange gasoline and other refined products from Trainer for jet fuel from Phillips 66 and BP elsewhere in the country through multi-year agreements.

The “leading energy companies” are ConocoPhillips and BP plc (NYSE: BP). If BP is supplying the crude, the price will be set at or very near Brent crude prices. Jet fuel is generally more expensive than gasoline and other refined products. As Brent prices rise, jet fuel prices will also rise and probably rise faster than gasoline or diesel prices. Thus, Monroe/Delta will be trading lower-priced products for a higher-priced product. No savings there.

The only way for Delta to make sure it saves money is to source its crude more cheaply. In the US, that means getting crude from North Dakota’s Bakken field to the East Coast. There’s no pipeline (yet) to do that. Surely the lack of cheap crude is why JPMorgan is no longer in the picture. The proposed sale of Sunoco’s 335,000-barrel/day Philadelphia refinery to The Carlyle Group will not be concluded if the private equity firm cannot find a source of cheaper crude.

Delta apparently believes that by sourcing crude from BP the airlines has insulated itself from crude price risk. Not having seen details of the contract it’s hard to say. But oil companies are not charitable organizations and BP won’t have made any big concession on price.