States That Get The Most Federal Money 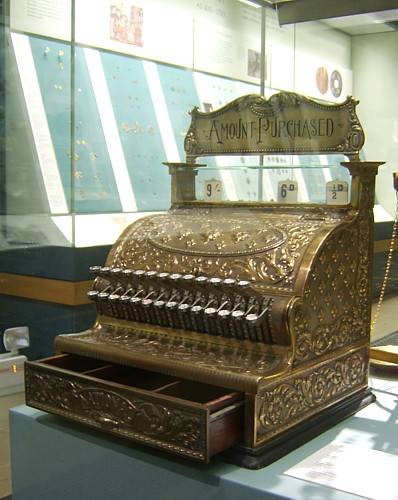 In 2010, the federal government took the hundreds of billions of dollars it received in corporate, income and property taxes from each state and respent that money — and then some — on programs in each state. A review of federal data indicates that some states, considering their size and the taxes they paid, received a disproportionate amount of funding relative to the amount they put in each year.

The states that receive the most money from the federal government each year are, generally, the most populous ones. In 2010, eight of the 10 states with the highest population received the most. California, the most populous state in the country, receives the largest share — more than a third of a trillion dollars. However, when accounting for population and the amount states pay in federal taxes, the breakdown looks very different.

Some states, including Alaska and Virginia, received more than $15,000 per person from the federal government, even after subtracting the billions the state spent on income tax. This figure is nearly two-and-a-half times the amount received per person after taxes in states like Nevada, one of the poorest states in the country.

It would be expected that states that receive more money from the federal government are in greater need. However, most of the 10 states with the highest federal spending per capita had a higher median household income than the United States average. In fact, the first-, third-, fourth- and fifth-wealthiest by this measure all received the most money from the government. Because of their wealth, these states spent the most per capita in income tax, but it is negligible compared to the vast amounts they received.

A review of the data shows that some very large programs, including defense spending, Medicare and Medicaid, Social Security, and farm subsidies, had major effects on how much money each state received, to the extent that individuals get far more per person than in other states. In some cases, it was several programs that affected the total amount the government spent on the state per capita, but in others, it may have been just one program.

Often that program was defense spending. States like Virginia, Alaska, Maryland and New Mexico received the most money per capita in federal procurement spending, which includes things like Medicaid and NASA, but the majority of which goes to the Department of Defense. To give an idea of the amount of money the federal government poured into military bases and research centers in these states, the government spent approximately $7,300 per person on all programs in Nevada. It also spent approximately $5,000 per person on defense spending alone in Virginia.

Another program that requires a great deal of funding is the direct payments outside of retirement and disability. Within this category is Medicare. A couple of the states that received the most federal funds also received an extraordinarily large amount of money for medical prescription drug coverage under Medicare. More than 25% of all the funds that Connecticut received from the federal government were for drug benefits under Medicare.

24/7 Wall St. identified the states that get the most money from the federal government by taking the figures for federal expenditures in each state from the 2010 Consolidated Federal Funds report and subtracting from it the income taxes retained, net of refunds, by the federal government for each state for the same year. The values obtained were then divided by state population figures for 2010 from the census bureau to arrive at a per capita figure for each state.

These are the states that get the most federal money.