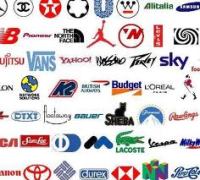 Consumers, it seems, are always after the shiny new product. For some industries, the latest version is always the most popular — the newest smartphone, tablet and sneaker are always the products in highest demand. Not surprisingly, some of the most valuable brands are relatively young. Apple, Google and Nike is each worth tens of billions of dollars and has tens of millions of customers.

Nevertheless, many of the most well-known brands with the most valuable brand equity include some of the country’s oldest companies. American Express, founded in 1850, is one of the hundred most valuable brands in the world, according to a list published by Interbrand, a branding consultancy. Coca Cola, Heinz and Jack Daniels are also on the Interbrand list and are all over a hundred years old.

24/7 Wall St. went in search of America’s oldest brands. To be considered, the brand had to have remained the same — the same name and consistently associated with the same consumer product. While almost all of the brands were not nationally available in the 19th century, the products had to be nationally available today.

Many of the oldest products were not included. Though it has been around for over 200 years, Jim Beam was previously sold as Old Tub and its name did not change to Jim Beam until the 1930s. The company that makes King Arthur flour was founded in 1790, but didn’t adopt the name until the end of the 19th century.

While there are a number of companies that were founded in America over 150 years ago, most remained small regional brands. Yuengling has been brewing since 1829, but continues to be a beer that’s almost exclusively distributed in the Northeast.

Of course, some brands made the cut. Remington does not make the same rifles it did in 1848, but the current models are continuations of the brand’s core product. The New York Times (NYSE: NYT), founded in 1851, has a different typeface and trim size today, but is very similar to the one printed 150 years ago. Even NYT.com has the same front page layout.

What does it take for a brand to survive and thrive for over 150 years, which is as long as Brooks Brothers’ ready-to-wear suit brand has been around? Most brands on our list have done well for many decades because they continue to be well-regarded by consumers. Remington rifles are among the best made in the world. Tiffany silver is still considered the “gold standard” for products in its category. Each of these products may have different competition than a century ago, but continues to be relevant in the current industry.

Will Apple (NASDAQ: AAPL) or McDonald’s (NYSE: MCD) survive into the next century? There is no assurance of that. They could become unexpectedly overwhelmed by competition, or they could radically change their businesses. There is no way to predict product longevity, as least based on the variety of brands on this list and the competition each has had to survive.

These are America’s Oldest Brands.