Ten Brands That Will Disappear In 2013 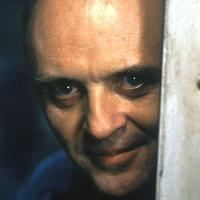 Each year, 24/7 Wall St. identifies 10 important American brands that we predict will disappear within a year. This year’s list reflects the brutally competitive nature of certain industries and the reason why companies cannot afford to fall behind in efficiency, innovation or financing.

Read: Ten Brands That Will Disappear In 2013

American Airlines will disappear in 2013 because of its inefficiency. It was the premier carrier in the United States for almost 30 years — even surviving through periods when most other carriers went bankrupt. However, it lost its critical advantage of scale when Northwest merged with Delta (NYSE: DAL) and Continental merged with United (NYSE: UAL). Within two years, American became a medium-sized carrier.

Research In Motion (NASDAQ: RIMM) may be the best example of an innovative company that lost its edge. As a result, it will disappear in 2013. Five years ago, RIM was the only smartphone company of any size, and it had almost the entire corporate market. But it made a fatal mistake in failing to adapt its technology for consumer use. In June 2007, Apple (NASDAQ: AAPL) launched the iPhone, and the rest is history.

Pacific Sunwear (NASDAQ: PSUN) no longer has the capital to compete. The retailer will be gone by the end of 2013. In the company’s most recent 10-Q, it said one of its biggest risks was running low on capital and not meeting financial obligations.

We made many accurate calls last year, but the speed with which some of them came true was surprising. MySpace was sold by News Corp. (NASDAQ: NWS) less than a week after our list was published.

Several other 2011 nominees are also no longer around. Saab filed for bankruptcy only five months after 24/7 published last year’s predictions. The car company has been sold yet again to an investment group called National Electric Vehicle Sweden (NEVS), probably for little more than car parts.

In Nov. 2011, Ericsson dumped its half of the Sony Ericsson mobile phone business, apparently aware of something that Sony (NYSE: SNE) has yet to realize — the smartphone industry is owned by Apple and Google’s (NASDAQ: GOOG) Android-run phones. Similarly, Yum Brands! (NYSE: YUM) dumped A&W as sales were miniscule compared to flagship brands KFC and Taco Bell.

A few of the companies we said would vanish are still operating — barely. American Apparel is now a penny stock. Nokia (NYSE: NOK) is another company 24/7 still predicts will go away soon. The former Finnish heavyweight just fired 10,000 employees, or 20% of its workforce.

We also made a few bad calls. Sears (NASDAQ: SHLD) and Sony Pictures are still operating in essentially the same form they were a year ago. Kellogg’s (NYSE: K) Corn Pops and Soap Opera Digest are doing just fine.

This year we continue to take a methodical approach in deciding which brands to include on our list of brands that will disappear. The major criteria are:

1) a rapid fall-off in sales and steep losses;
2) disclosures by the parent of the brand that it might go out of business;
3) rapidly rising costs that are extremely unlikely to be recouped through higher prices;
4) companies that are sold;
5) companies that go into bankruptcy;
6) companies that have lost the great majority of their customers; or
7) operations with rapidly withering market share.

Each brands on the list suffers from one or more of these problems. Each of the 10 will be gone, based on our definitions, within 18 months.