The World's Most and Least Livable Cities 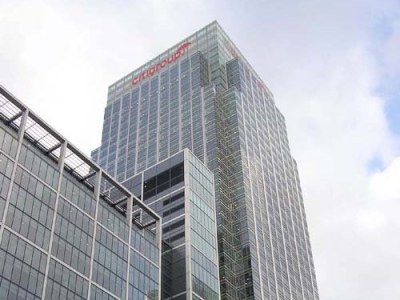 Source: courtesy of Adrian Pingstone, via Wikimedia Commons
According to a study released this week by global consulting group Mercer, the best U.S. city to live in is Honolulu, Hawaii. However, the study reviews hundreds of cities around the world, and Honolulu ranks worse than 27 other major metropolitan areas. This includes two cities from New Zealand, four from both Canada and Australia, and more than a dozen from European countries like Switzerland and Germany.

Click here to see: The Best and Worst Cities to Live in the World

Mercer’s 2012 Quality of Living Survey looks at the largest cities in the world and takes into account dozens of metrics, including internal stability, law enforcement effectiveness, education, crime levels and the quality of health care in the city. This year, the best city in the world to live in is Vienna, Austria. The worst city to live in is Baghdad, Iraq. Based on Mercer’s report, 24/7 Wall St. reviewed the cities with the lowest and highest quality of living.

One new factor considered by Mercer for this year’s report is the quality of each city’s infrastructure. Included in this analysis is a review of the city’s public transportation, the level of congestion, and the availability of flights to and from the region. The majority of these high-ranking European and Canadian cities perform well in this infrastructure measure. Six of the 11 best cities to live in also rank in the top ten for infrastructure.

On the other side of the list, the majority of the least livable cities are located primarily in Africa, but the list is more geographically diverse than the best-ranked places. War-torn regions like Baghdad and Tbilisi, Georgia, are on the list, as is the earthquake-devastated and extremely impoverished Port-au-prince, Haiti.

Eight of the ten countries on this list are among the worst primarily because they are the most dangerous on earth. The U.S. Department of State has issued travel warnings for many of these countries due to extreme violence, robbery, and the murdering of tourists. Some of these countries are actually on the brink of war or in the midst of one, either with rebel groups or other nations.

The proportion of adults dying before the age of 60 is incredibly high in these countries. In the Central African Republic, where second-worst ranked Bangui is located, nearly every other adult dies before he or she reaches the age of 60.

These places are also extremely impoverished. GDP per capita is among the lowest in the world. The Democratic Republic of Congo, where tenth-worst ranked Kinshasa is located, has the lowest GDP per capita of any country measured by the IMF. In the Central African Republic, more than 30% of residents live on less than $1 per day. In the Democratic Republic of Congo, it is more than 50%.

Based on Mercer’s 2012 Quality of Life index, which reviews 460 of the largest cities on earth based on 36 separate criteria, 24/7 Wall St. reviewed the 10 that were rated as having the worst quality of life, and the 11 that were rated as having the best quality of life. For our analysis, we also reviewed the GDP per capita data from the IMF and income and poverty data, infant and adult mortality, which all came from the United Nations. All data are for the most recent available year.