Overseas Companies With High Exposure in the US 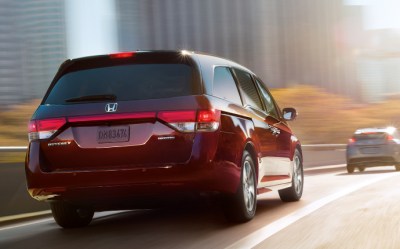 Source: Honda Motor Corp.
Both the European and Japanese central banks have embarked on quantitative easing programs that have significantly weakened their currency versus the U.S. dollar. A weaker currency can make the goods that are imported into the United States from Japan and Europe more competitive and could spur demand for those products and services. We ran a screen searching for Bank of America Merrill Lynch Buy-rated Japanese and European-listed American depositary shares that have at least 20% of sales in North America. 24/7 Wall St. found 22 stocks that represent nine of the 10 Global Industry Classification Standard (GICS) sectors.

Japan has shown improvements in both its fundamentals and market dynamics, but the key element is still deflation as nominal interest rates are near zero, making real interest rates negative. With the rates as such, it should encourage Japanese companies to borrow more to finance share repurchases, not to mention Japanese corporations also have a large amount of cash on their balance sheets, about $2.1 trillion, or about 45% of market capitalization. For individual investors, particularly retirees seeking income, the return of inflation means that staying in cash causes an erosion of wealth. Stocks offer substantially better income than bonds.

As margins recover from their low levels in India, earnings and share prices are poised to potentially double in the next four years due to lower inflation, falling oil prices and an independent central bank. So far the central bank has cut interest rates twice this year as inflation slows down, which could improve consumer and business confidence, thus improve economic growth.

Despite the strong headwinds that China is facing, the actions by its central bank and fiscal stimulus can potentially benefit stocks. Economic growth is expected to slow with 7.1% this year and 6.8% next year, as well as 7.4% last year. As deflation becomes a bigger threat, some analysts suggest overweighting the China equity market and favoring interest rate sensitive stocks.

The European Central Bank’s quantitative easing was more than previously expected, which has led to a rally in European equities. European Economist Gilles Moec recently raised his GDP growth forecast to 1.5% this year and 1.6% for 2016. Europe also boasts positive net flows of loans to its corporate sector for the first time since 2011, which can make the recovery increasingly self-sustaining.

We screened out those with less than 45% of their revenues being tied to North America.

Anheuser-Busch InBev S.A./N.V. (NYSE: BUD) is a Belgium company in the consumer staples field with its focus on beer. Merrill Lynch has a Buy rating for this company with a price target of €120. A recent share price for Anheuser-Busch was €111.50, so the price target implies upside of 7.6%.

Diago PLC (NYSE: DEO) works out of the United Kingdom and is in the consumer staples sector. It has a Buy rating from Merrill Lynch and a price target of 2,300p, which implies upside of 24% from its recent price of 1,854.50p.

Honda Motor Co. Ltd. (NYSE: HMC) is a Japanese company in the consumer discretionary sector. The company has a Buy rating with a price target of ¥4,400.

National Grid PLC (NYSE: NGG) is a company from the United Kingdom’s utilities sector. Merrill Lynch gave the company a Buy rating with a price target of 965p, implying upside of 13.3% from a recent price of 851.60p.

Novo Nordisk A/S (NYSE: NVO) is a health care company from Denmark with a recent price of 326.00 Danish kroner. The firm has a Buy rating with a price target of 315 kroner, implying downside of 3.4%.

Prudential PLC (NYSE: PUK) is from the United Kingdom financial sector and it has a recent price of 1,612.00p. Merrill Lynch has a Buy rating for this company with a price target of 1,850p, implying upside of 14.8%.

Reed Elsevier PLC (NYSE: RUK) is from the United Kingdom and its focus is in the consumer discretionary sector. The company has a recent price of 1,117.00p. Merrill Lynch has a Buy rating for this company.

Syngenta AG (NYSE: SYT) is from Switzerland and deals in the materials sector, it has a recent price of CHF 323.70. It has a Buy rating and price target of CHF 345, which implies upside of 6.6%.