5 Analyst Stock Picks From July That Could Double 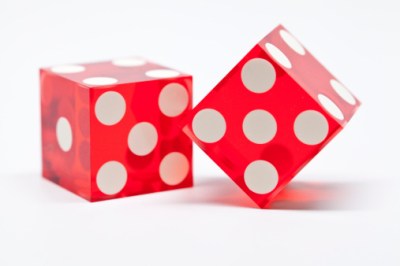 Source: Thinkstock
Many investors love undiscovered hidden value in stocks, even if it is in a stock that they know. Some of the most very aggressive investors will even reach for the stars, chasing stocks that could double or stocks that could rise exponentially. Conservative investors know that stocks of this sort are just too risky to mess with.

24/7 Wall St. reviews dozens and dozens of analyst reports, activist investor news, and other stock market research each morning to find hidden value or overlooked gems that traders and investors love to read about. Out of all the calls on stocks to buy, there are occasionally some instances where analysts go well above and beyond the call of duty (or beyond aggressive) with stock price targets which imply that a stock could rise 100% or more.

Before you just trust that a call to double means a double will actually take place, keep in mind that it is extremely rare for a stock to double. A typical Buy or Outperform rating in a Dow or S&P 500 stock calls for 8% to 15% upside. So when you see calls for a stock to rise 50%, 75%, or 100% or more, what does it tell you about risk?

More risk disclosures, which should be read before trusting analyst call at all (particularly about a potential double call), are included on page two here. 24/7 Wall St. recently featured other well-known large cap stocks with massive upside as well, but these were more in the 30% to 50% or more range.

These were five of the calls for stocks to either double or come close to doubling made by market pundits in the month of July.

Bank of America Corp. (NYSE: BAC) was recently given a hint that its stock could double over a multi-year period by Dick Bove of Rafferty Capital Markets. We recently highlighted ourselves at 24/7 Wall St. that BofA was among the last 7 mid-to-large banks that was still trading below book value. Still, At $17.88 the consensus price target is just over $19, and the more aggressive calls from analysts are up at $20 and $21 for the stock.

More cautious investors here need to consider that BofA has already more than a double from its post-recession lows. Warren Buffett has already made a significant amount of money on his huge BofA bet, and the days of far higher share prices from before the recession seem like ancient history. Bove gave his case on CNBC and we will leave it at that due to it being four years out rather than the traditional 12-month outlook by most analysts.

Frontier Communications Corporation (NASDAQ: FTR) has had its problems in trading with its capital raise and convertible offering, but its super-high dividend yield keeps investors hungry and in the game here. Bank of America Merrill Lynch has the highest price target of all analysts with its $9.00 price objective. Shares closed at $4.72 on Friday, but the stock was under $4.40 earlier in the week. One of the most recent Merrill Lynch reports said:

Frontier has one of the best-covered dividends among all high-yield RLECs, which we view as the cornerstone of the equity value. The company is beginning to demonstrate improved operational performance and we believe upside to post-AT&T Connecticut and Verizon deal synergies, CAF regulatory support and increased broadband market share will lead to a lower yield and improved valuation.

A massive consideration here is that Frontier has earnings on Monday, so trying to jump the gun here would literally be like tossing a coin. It seems very likely that by the time Monday’s opening bell rolls that the stock could be wildly higher or wildly lower. In fact, even if Merrill Lynch maintains its Buy rating it would be very likely that the $9.00 price objective could be brought more in-line with the $6.58 consensus price target. Here is more proof that investors are leery here – Frontier’s most recent short interest was a whopping 163 million shares.

Macy’s Inc. (NYSE: M) was far from a traditional analyst upgrade, but one firm at least has real money behind its bet that Macy’s could be worth as much as close to a double from current prices. The activist investor fund Starboard came out with a projection that Macy’s could be worth almost double its price today. Of course, it involves some key asset sales that might leave the company with less of a future, but many activists care about the now and the next year rather than the next decade.