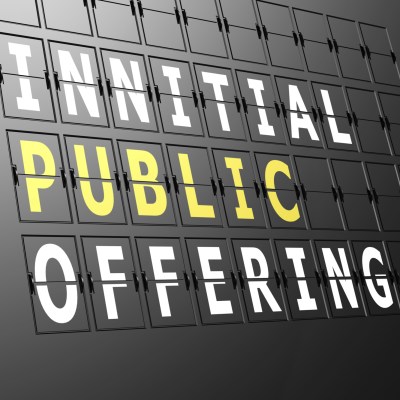 Source: Thinkstock
Last week may have been something of a disappointment both to investors and companies seeking to launch their initial public offerings, but one sector did just fine. Two special-purpose acquisition companies (SPACs) or, more commonly, blank-check companies raised a combined $400 million last week.

Capital Acquisition III (NASDAQ: CLACU) raised $350 million and is the sixth blank-check company to raise that much cash in an IPO so far in 2015. Shanghai-based Pacific Special Acquisition Corp. (NASDAQ: PAACU) raised $50 million. According to IPO ETF manager Renaissance Capital, 2015 has been the most active year for blank-check companies since 2007.

The rest of last week’s other nine proposed IPOs did not fare so well. Only four reached the trading floor. The largest of those, First Data Corp. (NYSE: FDC) priced below its expected range and closed flat for the week. Strongbridge Biopharma plc (NASDAQ: SBBP) and Cerecor Inc. (NASDAQ: CERCU) raised $26 million and $25 million respectively. Only Strongbridge closed the week with gain, and that just 0.5%.

The final successful IPO last week was Fuling Global Inc. (NASDAQ: FORK), a “best-efforts” offering that priced at the low end of its range and raised $25 million following several weeks of trying.

The week’s biggest disappointment was the delayed offering from Albertsons Companies Inc. The grocery store chain apparently could not achieve a price in its expected range of $23 to $25 a share and, Renaissance Capital notes, would not accept a price below $20. SynCardia Systems Inc. also failed to issue its stock and has withdrawn its IPO.

Two of last week’s IPOs were delayed until the coming week, and two others have delayed their offerings for the umpteenth time.

Through the week ending October 16th, Renaissance Capital reported that 147 IPOs have priced in the U.S. so far this year, down nearly 36% from a year ago. Total proceeds raised through last week equaled $26.8 billion, down about 64% compared with the same period in 2014. Of the 147 IPOs that have gone off this year, 69 have come from the healthcare sector. Last year’s IPO total came in at $85.2 billion, the highest total in the past ten years. Renaissance Capital does not include “best efforts” or blank-check companies in its totals.

Three new IPOs are on this week’s calendar along with the four firms returning for another go.

The first company back for a second try next week is American Farmland Company, an internally managed real-estate company (REIT) that owns a diversified portfolio of high-quality farmland and farmland development projects in the U.S. The company plans to offer 12 million shares in an expected price range of $8.50 to $10.50 to raise $114 million at an implied market cap of $217.6 million. Joint bookrunners for the offering are Deutsche Bank, Citi, Raymond James, RBC Capital Markets, and FBR Capital Markets. Co-managers are Janney Montgomery Scott, Oppenheimer & Co., and Wunderlich Securities. Shares are shown as day-to-day and will be listed on the New York Stock Exchange under the ticker symbol AFCO.

The other company that failed to launch in its first try last week was Adesto Technologies Corp. which provides application-specific, non-volatile memory products optimized for the Internet of Things market. The company increased the number of shares on offer from 4.1 million to 6 million and lowered the IPO price from a range of $10 to $12 to a fixed $7 per share price. At the new price the company expects to raise $42 million at an implied market cap of about $111 million. Joint bookrunners for the offering are Needham & Co. and Oppenheimer & Co. Co-manager is Roth Capital. Shares are noted as day-to-day and will be listed on the Nasdaq under the ticker symbol IOTS.