Apple Will No Longer Be the World's Most Valuable Company 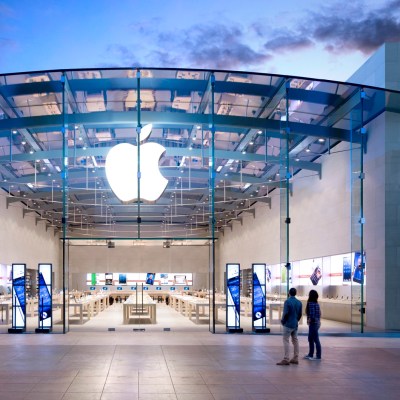 Source: courtesy of Apple Inc.
With a market cap of about $734 billion, Apple Inc. (NASDAQ: AAPL) is currently the world’s most valuable company. That could change next year, however, if and when Saudi Arabia’s national oil company, Saudi Aramco, makes good on its intention to hold an initial public offering (IPO) for a portion of the world’s largest oil company.

Saudi Deputy Crown Prince Mohammed bin Salman, the man who oversees the country’s economic policy, has said the Saudis plan to sell up to 5% of the company at a valuation of $2 trillion.

At an investment conference in Dubai on Monday, Middle East investment bank EFG Hermes said it had polled 510 international fund managers and 260 institutional investors plus 147 other companies and that most of those surveyed set the value of Saudi Aramco at between $1.0 trillion and $1.5 trillion.

Other estimates, including one we reported on from industry analyst firm Wood Mackenzie, place the value of Saudi Aramco well below those nose-bleed level figures. Wood Mackenzie believes that the entire company may be worth no more than $400 billion, barely a fifth of what the Saudis estimate.

There are three key issues to determining the value both of Saudi Aramco and of the piece that it intends to include in an IPO. First is the size of the company’s proved reserves, which are defined as reserves that can be produced profitably with at least 90% certainty at today’s economics. Saudi claims of 261 billion barrels of reserves have never been measured and verified by an independent source. The kingdom has not reduced its proved reserves total for decades, even though it pumps out around 10 million barrels a day.

A back-of-the-envelope calculation using an industry-standard value of $8 a barrel for oil in the ground yields a valuation of about $2.1 trillion for the company.

Aramco also owns refineries and other assets for which the total value is also unknown because the company has never published a financial statement. Nor has Aramco indicated if any of these assets will be included in the portion of the company that will be offered for sale.

Third, Aramco currently pays a 20% tax royalty on revenues and a whopping 85% income tax, a fair portion of which goes to support the Saudi royal family’s estimated 15,000 family members in the manner to which they are accustomed.

So, while the potential for a $1 trillion or $2 trillion valuation on Saudi Aramco is likely, it is not a slam-dunk. Apple traded Tuesday morning within 50 cents of its 52-week high (set last week) and has been riding a positive wave all year. Aramco may pass Apple as the world’s most valuable company when the Aramco IPO is completed, but Apple still has a chance to be the first publicly traded company to reach a $1 trillion valuation.