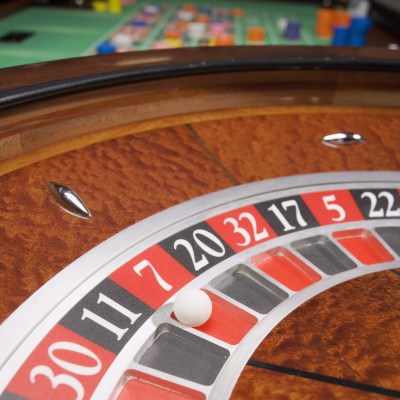 Source: Thinkstock
The Dow Jones Industrial Average, the S&P 500 and the Nasdaq have again crossed into new all-time highs. The week of October 27 was rocked higher with many solid earnings reports out of the new darlings of Wall Street, and even the old tech names enjoyed their day in the sun. In case you haven’t gotten the memo, there is a raging bull market going on. While many investors are worrying about the next big market panic, the trend that is now well over five years old is that investors keep finding new reasons to buy stocks after every major sell-off.

24/7 Wall St. reviews dozens of analyst research reports each day of the week. We try to find new investing and trading ideas for our readers. Most analyst calls with Buy and Outperform ratings are coming with about 8% to 10% upside projections at this stage in the bull market. But then there are the highly speculative analyst calls in emerging biotech, small cap energy or metals, new technology outfits and other new sorts of companies. These speculative calls may come with upside of 30% or 50%, and in some cases they may be projecting upside of 100% or even higher to the listed price targets.

During the week of October 27, we tracked several highly speculative analyst calls for investors who do not shy away from risk. Consensus analyst price target data and valuation metrics are from the Thomson Reuters sell-side research service.

Be advised that we have added color on each of these analyst calls but some of that color intentionally sounds like the call needs to be questioned. It isn’t that we disbelieve all mega-upside calls. But 24/7 Wall St. wouldn’t want readers thinking we blindly believe in all analyst calls just because they were printed.

Most of these stocks are already more risky than most investors probably should consider. And almost none of these companies featured over time in the speculative arena would pass those suitability tests for widows and orphans.

One more issue to consider is that the stock market is at all-time highs. This means that some calls may feel like they are reaching too far out. If the market is up about 250% from the panic-selling lows from March of 2009, there is already a lot of good news and appreciation that has been priced into most stocks.

We have also seen some efforts to show baskets created around these picks in the recent past. The good news is that on last look one of the baskets was up about 40% since the start of summer. The bad news is that there are many big losers stacked in with the big winners — and that is a hallmark of highly speculative stocks: big hits and big misses!

Even investors who do not shy away from risk should treat any speculative analyst call with at least some caution. These calls should also only be used as a starting point or a supplement to more in-depth research efforts before deciding to buy or sell any of these stocks.

Here are seven highly speculative analyst calls made by various Wall Street and boutique firm analysts during the week of October 27, 2017, that have huge upside projections.

Embraer S.A. (NYSE: ERJ) may not feel speculative as a solid jet-maker. The reality is that many investors still have a hard time thinking that anything from Brazil is not speculative these days. Embraer was raised to Outperform from Neutral at Credit Suisse on October 26. The firm’s $25 price target is well above the consensus target closer to $23.

What stood out here was that this call was a day ahead of earnings, and a share price drop of 3% to $19.23 on Friday probably feels like a little egg on the face when you consider the all-time highs and the massive gains seen in other post-earnings reactions. On a positive note, Embraer did announce that its firm order backlog at the end of the third quarter was worth $18.8 billion. Still, Embraer’s American depositary shares (ADSs) are down about 50% from their peak of just a few years ago. They have traded in a 52-week range of $17.58 to $24.95, and the market cap is about $3.6 billion.

Eiger BioPharmaceuticals Inc. (NASDAQ: EIGR) keeps returning to the speculative calls. Its shares have almost doubled since we first covered this one, so it should be assumed that a lot of the good news already has been priced in. This stock also had a volatile week due to some new data presented, and then the company raised about $19 million in a discounted secondary offering (at $10 per share). Eiger intends to use the net proceeds of the offering to fund its portfolio of four product candidates. The firm BTIG was the sole book-runner for the small stock offering.

Eiger was reiterated as Outperform with a $34 price target, which compares to a $11.00 prior close, earlier in the week by Wedbush Securities. The call was after a recent physicians presentation of drug candidate data.