7 Analyst Stocks Under $10 With Massive Upside 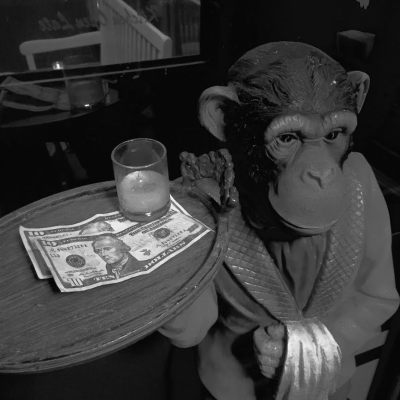 Source: Jon Ogg
Investors have been reintroduced to stock market volatility. The market tanked earlier in the week, but after Chinese intervention investors found yet another reason to live up to their habit of buying the dips. That leaves many investors looking for upside and value.

24/7 Wall St. reviews dozens of analyst and research reports each morning to find new trading and investment ideas for its readers. Some of the analyst calls cover stocks to Buy, but some come with far more upside than the traditional 8% to 15% for Dow and S&P 500 stocks. Some analyst calls in low-priced stocks or stocks under $10.00 come with far greater upside than normal. It is not unusual to see upside of more than 30%, 50% or even 100% in extreme cases. That also implies that there is far more risk.

Readers also need to keep in mind that the volatility of this past week created a rift. Analyst calls made on Monday might have been dealing with ancient history in share prices by the time Wednesday, Thursday or Friday rolled around. An effort was made here to avoid or at least discount analyst calls from the very start of the week that only look like huge upside due to a price drop.

One rule of thumb about low-priced or small-cap stocks is that they are often either less developed or they have run into problems. The notion that all stocks are future giants just simply is not a safe assumption. Some speculative stocks like this may even disappear in time.

Many of these companies are far riskier than traditional Dow and S&P 500 stocks. These seven low-priced stocks are likely not suitable for most accounts, leaving them suitable for only the most aggressive investors. Please note that some of these stocks may have risen back above the $10.00 mark after the calls were made.

Banco Santander S.A. (NYSE: SAN) was raised to Buy from Hold at Deutsche Bank on Friday. No American depositary share (ADS) equivalent price target was seen, and it had almost no impact in shares that traded in New York. Banco Santander shares closed down three cents at $6.20 on Friday, within a 52-week range of $5.88 to $10.29. Banco Santander is based in Spain, but the bank and financial services giant operates in a network in many countries.

Cerulean Pharma Inc. (NASDAQ: CERU) had a solid gain on Friday after Roth Capital initiated coverage with a Buy rating. The issue is that this was given a $9.00 price target, when shares were at $3.53. The gain was about 7% to $3.78 by Friday’s close, but this still implies well over 100% upside. We would also point out that 52-week range of $2.77 to $10.87 and a prior $15 target that had been issued at a competing firm in 2015 makes this crazy upside seem less crazy. Just keep in mind that this clinical stage oncology development outfit’s catalysts might not be coming before the end of 2016.