Technology has given us many tools to fight global warming, including wind and solar power, and battery-powered electric grids. But if we could hack the sun to block sunlight, would we? The answer is no, at least in Sweden.

A controversial idea out of Harvard University to inject substances into the atmosphere to reflect sunlight back into space was set back this week after the government of Sweden halted the flight of a weather balloon there to test conditions for such an experiment, citing public outcry.

The project, called Scopex, has been around for awhile. But the closer it gets to testing, the fears that we may be messing with something we can’t control take over, and it is put back on ice, so to speak. This is one of those existential questions which we may have to confront at some point soon, if science, government and business are unable to reduce greenhouse gas emissions enough to halt the disastrous impact of global warming.

While it might sound like something out of a James Bond movie, the technology does exist. The test flight, which did not involve actually injecting the substances, was postponed until at least next year. But at some point, somewhere, it will likely go ahead. The research is important to have, whether we ever use it or not.

It wasn’t until an atomic bomb was actually used — by the U.S. — that the world realized the danger nuclear weapons posed. We are conditioned to push things to the brink, as we are doing now with greenhouse gas emissions. While this may be an idea whose time has yet to come, without rapid progress on every other technology we are trying, it will.

What are your thoughts on this project? I’m interested in what our community thinks. More insights below. . . . 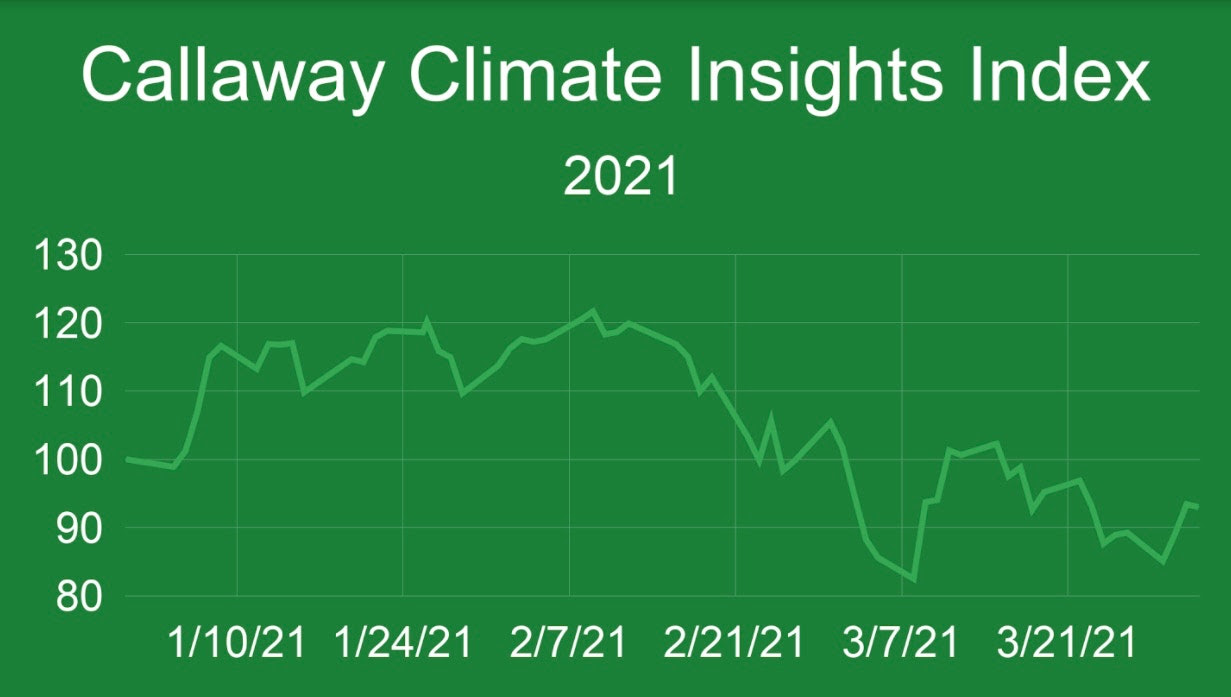 . . . . Forget the oil rally of the first quarter. A new study underscores the long-term decline of fossil fuel companies as growth investments, reporting that offerings from big oil and gas companies plunged 85% in the past decade. Meanwhile, clean energy offerings are soaring. Read more here. . . .

. . . . Renewable energy output worldwide grew by 50% last year from 2019, with wind and solar accounting for more than 80% of the growth, according to the International Renewable Energy Agency (IRENA). China’s growth in wind power alone exceeded total renewable capacity growth in the U.S. Read more here. . . .

. . . . Legal watchers awaiting a U.S. Supreme Court decision on the culpability of fossil fuel companies in Baltimore may have gotten a preview last week when a New York City case against Big Oil was rejected on the grounds that climate blame is a national or international subject, and can’t be adjudicated at a local level. A national reckoning may be at hand. Read more here. . . .

TOXIC LEAK: Residents near Piney Point retention pond in Manatee County, Florida were evacuated on Saturday as officials fear an "imminent" collapse of a local wastewater reservoir contaminated with material that could be radioactive. https://t.co/phrXuNUqdg pic.twitter.com/dQ9RCkYYBA

Data driven: Fossil fuels powered 61% of the world’s electricity in 2020

. . . . Fossil fuels accounted for 61% of the world’s electricity generation resources in 2020, according to a global electricity review from Ember, a London-based climate and energy think tank. For the first time since 2009, annual global demand for electricity dipped, although just by 0.1%, but that halt of rising demand enabled coal consumption to fall a record 4% from 2019 to 2020. To reach the goals of the Paris Agreement, Ember says coal must fall at least 14% per year, emphasizing a need to accelerate the shift from fossil fuels, plus concerns remain that last year’s drop of coal usage was simply a temporary pandemic effect. Read the full data point here. . . .