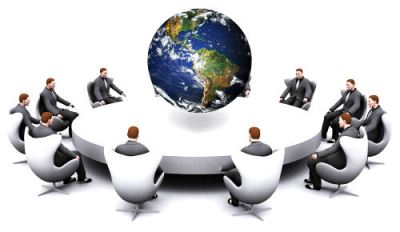 President Obama will host a meeting for a number of large company CEOs in Washington this week. The heads of Google (NASDAQ: GOOG), Cisco (NASDAQ: CSCO), IBM (NYSE: IBM), and PepsiCo (NYSE: PEP), among others, will be in attendance. It is probably not an accident that most of the chief executives who will come head companies with tens of billions of dollars on their balance sheets. President Obama would like to see this money at work in the economy rather than in the treasuries of America’s largest corporations.

It makes sense the president would want to push to get more corporate cash into circulation in the broader economy. Such an action might create jobs and stimulate capital expenditures. These two actions are among the very small number of avenues that could help curb unemployment. The federal government has not had success in this area. The private sector may be able to solve the problem, at least modestly. The president may discuss the tax benefits of hiring and business investment. His comments will fall on deaf ears.

The president will not get large companies to do what shareholders and critics of cash-heavy corporate balance sheets have not been able to do. Firms such as  Google have used some of their cash for acquisitions. There is an argument that M&A activity actually destroys jobs because the integration of small firms into large ones often means job cuts to create operational efficiency.

Some large companies have also used their cash balances to increase dividends and fund stock buybacks. These activities do nothing beyond returning capital to shareholders. Those shareholders may be richer, but there is not much promise that they will use the money to create jobs or other investment

Steve Jobs of Apple (NASDAQ: AAPL) will not be at the CEO summit. His company is famous for retaining the cash in its balance sheet that its operations generate. The money is not used for dividends or buybacks. The cash is rarely used for acquisitions. Jobs and his board almost certainly do not need the money to help the company in another economic downturn. Apple is too successful to worry about that.

Apple has decided to keep its cash because it can. The board does not need to give any explanation beyond that. The same is true of the companies that will attend the Obama summit. They have already decided that such investments will do them no good, even if they might help the solve the president’s problem.

Virtually Everyone in This US City Has a Job