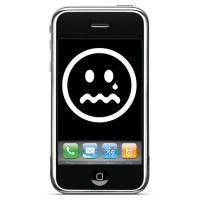 When great CEOs leave a company, an entire corporate culture is at risk to change, even when the new CEO is the favored replacement. Tim Cook is said to be more than able to fill the role of Apple’s (NASDAQ: AAPL) CEO permanently now that Steve Jobs has left. There is just one problem in thinking that all things will remain the same except for the “minus Steve Jobs” factor. It is not even that Steve Jobs is one of the most memorable, most hands on, and most influential CEOs out there. Of technology CEOs, he certainly shines. What Apple and its investors have to fear the most is the possible competitive threat of a brain drain.

Apple is not alone. Microsoft (NASDAQ: MSFT) and Google (NASDAQ: GOOG) have both already experienced this brain drain effect. The risks are not just top executives leaving. The risk is that other employees will follow executive defections in the months and years ahead. More importantly, even the underlings who do not follow former executives to the same destination are either more likely to accept calls from recruiters or are more likely to go pursue new challenges and opportunities. If those employees feel that the best days of growth have been seen or if they feel they have already been made millionaires on stock and options, then the incentive to stay may even be less.

Again, this has happened elsewhere. It is not a definite outcome at Apple, but if it does occur there it will not be the last such case in business history. Now the new destinations for talent are numerous, from gadget-makers, to social media, to internet and software, and to many aspects of hardware. Imagine how many executives at Facebook, Groupon, Zynga, Dell (NASDAQ: DELL), HP (NYSE: HPQ), Oracle (NASDAQ: ORCL), EMC (NYSE: EMC) and elsewhere would love to bring in some of the Apple culture. These companies could certainly lure employees with salaries and stock options.

Microsoft has seen a large amount of brain drain over the past decade, and much was credited to the departure of Bill Gates, when employees could seek new challenges and after they had accumulated wealth. The departures were in the Windows design team, Windows Live, MSN, Xbox and Zune, and on. One of the most noted departures we tracked was Ray Ozzie as chief software architect, which Microsoft-Watch said was on the heels of other key departures. Business Insider gave a list in early 2011 of the top ten departures over the last ten years. What is funny about Microsoft is that the departures are often not usually over pay, but over pressure, lifestyle, and a desire to seek new challenges elsewhere.

Google has suffered a brain drain in recent years as well. The once best place in the world has peaked as far as its ability to grow, compared to the past. Google originally had been able to attract people seeking new challenges, but Google is not really known for being the top salary destination, and its workforce has expanded massively. Back in 2008, Wired wrote about the brain drain that occurs after a four-year or five-year option vesting plan. In late 2010, the company even reportedly instituted pay raises of about 10% to be more competitive. And now we have Larry Page as CEO without the full-time adult supervision of Eric Schmidt.

So, the focus on Apple …