The Companies Where Everyone Wants to Work 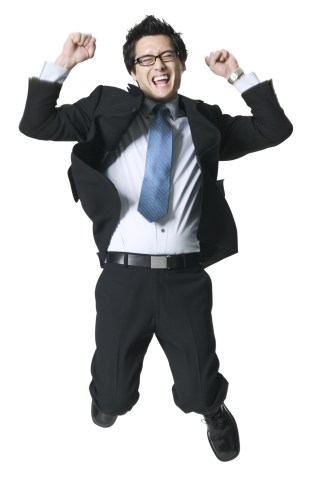 Source: Thinkstock
For the fourth year in a row, business students from around the world rated Google as the company they would most like to work for. The World’s Most Attractive Employers 2012 report, produced by employer branding firm Universum, asked tens of thousands of business students from the 12 largest economies in the world to identify where they would like most to be hired out of school from a list companies based around the world .

Read: The Companies Where Everyone Wants to Work

Included on the final list of the most attractive companies are major tech giants like Google, bank holding companies like Goldman Sachs and accounting firms like KPMG. 24/7 Wall St. analyzed company financials, brand valuations, and ratings of these companies by current employees to identify how they manage to be so attractive to potential employees. Based on Universum’s 2012 list, 24/7 Wall St. reviewed the 13 companies everyone wants to work for.

One factor many of these companies have in common is the fact that they have been able to market themselves as very innovative. In an interview with 24/7 Wall St., Camille Kelly, Vice President of Employer Branding at Universum, explains that this generation of students in particular prioritizes being on the cutting edge of technology.

“Innovation means to a student that there is going to be new challenges, and that they’re going to continue to be able to work on cutting-edge technology,” she says. Of the 13 companies identified as most attractive for prospective employees, five made the Thomson Reuters list of the 100 most innovative companies in the world. Kelly adds that in the case of Google, which did not make the Reuters list, the tech giant branded itself as a very innovative company.

By far, the industry with the most representation on this list is accounting. All of the Big Four accounting firms — PwC, Ernst & Young, Deloitte, and KPMG — are not only all on this list, but in the top ten. Kelly explains that accounting firms have been able to, despite the lack of glamour in their industry, successfully brand the business as well as their specific companies as attractive, lucrative places to work.

Kelly explains that “there is definitely a strong relationship between a strong consumer brand and a strong employer brand” because any prestige and stability are important to students. As a result, prospective employees are more likely to be attracted to companies with familiar products.

Being financially successful also appears to impact the degree to which companies are considered attractive. Most of the 13 companies reported healthy earnings and strong growth over the past several years. For example, Apple’s revenue has more than quintupled in the past few years.

These companies also tend to have highly regarded workplace environments. Companies like Apple, Google, and Ernst & Young, regularly receive accolades for being great places to work. According to a Glassdoor survey of employees, seven of these 13 companies are in the top 50 places to work in the U.S.

Based on the World’s Most Attractive Employers, a report by New York-based global employer branding firm Universum, 24/7 Wall St. identified the 13 companies students most-wanted to work for in 2012. We also reviewed Fortune’s 100 Best Companies to Work For and Glassdoor’s Best Places to Work in order to identify the best workplaces for current employees. We considered two studies on the value of the companies’ core brands, one by Interbrand and another by BrandZ. Additionally, we also considered information on the world’s most innovative companies from Thomson Reuters’ Top 100 Global Innovators. Revenue and profit listed for these companies was for the most recent full fiscal year.