America's Best Companies to Work for 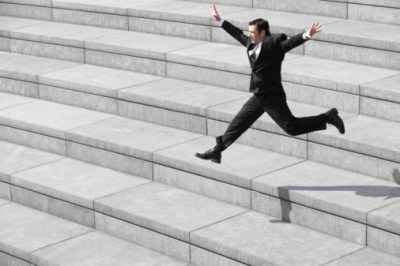 No one knows more about a workplace than its employees. Employee opinions reflect basic measures, such as pay, perks, benefits, and hours worked. But they are also influenced by factors such as a company’s culture, internal politics, and even general mood — intangibles that can be lost in internal audits and consultancy surveys.

While companies have websites, public relations teams, and recruiters to tailor their message to prospective hires, employees have far fewer forums to communicate their views. Glassdoor.com, a career community website, provides the opportunity for employees to give their own opinions, and for potential employees to research the company. To identify the 75 Best Companies to Work For, 24/7 Wall St. examined company ratings provided by current and former employees to Glassdoor.com.

Employees in certain sectors are far more likely to offer a positive opinion of their employer than others. Technology companies are certainly well represented among the highest-rated employers, as are consulting firms. Of the 75 best companies, only 12 received an average rating of 4.0 or higher out of 5. Of these, four are in the technology space — Facebook, Google, LinkedIn, and Riverbed Technology — and three are consulting firms.

Being a market leader also appears to help. Many well-reviewed companies are the leaders in their respective industries, and as a result are financially successful. Apple, Intel, Procter & Gamble, and Walt Disney are all among the top-rated employers on Glassdoor.com and among the largest public companies in the world by market capitalization. Others are leaders in public relations, like Edelman and auditing giant EY, formerly Ernst & Young.

Not surprisingly, companies with strong employee reviews also give CEOs good grades. It would seem leadership matters, not just for running a company and producing returns for shareholders, but also for promoting employee satisfaction. Among the 75 best companies to work for, 38 have CEOs with an approval rating of 90% or higher. In all, just 10 CEOs have an approval rating below 80%, and all have the endorsement of at least two-thirds of their employees.

These are America’s Best Companies to Work For