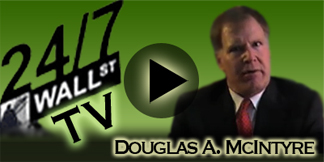 Shares of Vonage (VG) decreased from their peak price of the day yesterday as investors raised concerns about the company’s rapid stock valuation increase. Vonage traded as high as $2.63 before closing at $2.17.  Nonetheless, that is still a stunning increase from the $.45 where it traded last Friday. Vonage’’s volume was more than 81 million, about seventy times its normal daily level.

A renewed interest in VoIP does Vonage very little good if the new consumers gravitate to free products. Vonage could actually lose customers if the trend is to use a new product from Google that costs the subscriber nothing.
Paid VoIP services are no longer dominated by Vonage. Cable companies such as Comcast (CMCSA) and Time Warner Cable (TWC) began to offer the voice products over their broadband cable systems several years ago, and their success has nearly put Vonage out of business. Vonage may actually be forced out of the industry if it is caught between a free product from a company as large as Google and paid products from the largest cable firms in the country.

Vonage is already shrinking. In the last quarter, the company lost 89,000 net subscriber lines, finishing the quarter with 2.5 million lines in service. Revenue dropped 3% to $220 million, and Vonage had a net loss of more than 12 million. Vonage has only $56 million in cash against $203 million in debt, net of discounts.