How The Movies Killed Netflix 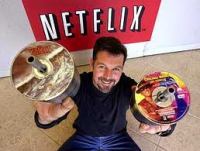 Wall St did not like the results of Netflix (NASDAQ: NFLX) last quarter and flogged the movie rental company’s shares as if they were Blockbuster’s, taking 10% off its market cap.

Investors have come to expect that Netflix will add very large numbers of new subscribers each quarter. That did not happen in the second quarter. Subscriptions rose only 7% from the end of the first quarter to 15,001,000. Revenue growth was also lackluster, up 5% from the first quarter to $519.8 million. Net income was up modestly from to $44 million in Q2 from $33 million in Q1. Netflix has demonstrated that it is more disciplined at containing costs than most growth companies.

Netflix’s problem is that it is not a growth company anymore. It anticipates that third quarter revenue may be as low as $546 million and total subscriptions may be only 16.3 million.

Netflix prospects are being hurt by internet delivery of premium content through websites like Hulu, but, people are also  going back to theaters to watch the movies.A Netflix subscription is $8.99 a month, which in a recession is a fantastic bargain. A subscription allows nearly unlimited access to DVDs by mail and TV-viewed movies. A movie theater ticket for single show can cost more than an entire month of Netflix. The trouble with Netflix is that people have to watch the content in their homes. A large part of the population never took a liking to the model, and now those people, and many others, can once again spend the $15 it costs to sit in a real air-conditioned movie house, where the cost of the popcorn is often more than $10.

Movie attendance has picked up considerably. Three of the top ten months by gross receipts in history were December 2009, January 2010, and June 2010.  November 2009 was in the top 20. The recession ended, according to economists, in the second half of last year. It would be a statisticians’ dream to think that box office receipts and economic activity are directly related, but, consumer activity has picked up though perhaps only modestly from the trough of the recession.

Netflix is in a newer version of the vice that Blockbuster found itself in. Movie rental stores became obsolete. Movie theaters did not. DVDs are slowly becoming obsolete, and internet delivery of films has begun to ascend. And, people still pay for tickets to attend movies. The only part of the movie viewing system that has never been overcome by new distribution models is the movie house.

It will take a great deal of time, perhaps several years, before streaming becomes the dominant model for premium content delivery. Amazon.com (NASDAQ: AMZN) has an offering now. Walmart (NYSE: WMT) has gotten into the business. People have become willing to watch movies on small screens like those on Apple (NASDAQ: AAPL) iPhones and iPads, although screen size will always be an issue for some people. Google’s (NASDAQ: GOOG) YouTube has even begun to offer paid premium content. Many people scoff at the experiment because the site is dominated by short amateur videos. But, almost fifteen billion videos were watched on YouTube in May, 43% of all videos watched online at all US websites.  YouTube could be the dominant force in online premium video if it can get people to cross the divide from show consumer-created video to premium content.

Streaming will probably be the “next big thing” in the movie and TV business. But, the movie theater has continued to be the lasting big thing. TV could not kill it off, nor could cable. Netflix is much smaller than either of those, and the original home of film viewing, the movie house, has become its enemy.