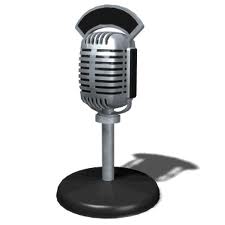 Reuters:   BP plc (NYSE: BP) began the “static kill” of its well in the Gulf.

Reuters:   Japan is worried because the yen is at a 15-year high.

Reuters:   Oil fell as US stocks of crude rose.

WSJ:   The sales of electronics are hurting purchases of clothes and consumer appliances says the Commerce Department

WSJ:   The Federal Reserve is foreclosing on certain properties from its Bear Stearns asset portfolio.

WSJ:   US car sales were up 5% last month but Toyota sales fell.

WSJ:   Three studies say than banks will not have to cut lending because of new financial regulations.

WSJ:   The FTC will announce a settlement with Intel Corporation (NASDAQ: INTC) over charges it worked to hurt competition.

WSJ:   Republican Senators released a list of 100 items that have failed as part of the stimulus package.

NYT:   About three-quarters of the Gulf oil spill is already dissipating.

NYT:   A National League of Cities survey shows more cities are cutting pay instead of laying of f workers.

Bloomberg:   Facebook says its largest advertisers are increasing their investments by 1000%