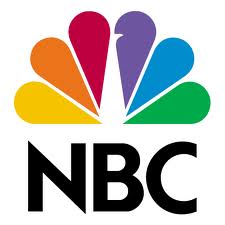 The heads of several major investment banks attempted to sell their services of an AIG (NYSE: AIG) plan to pay off money it owes taxpayers (Reuters)

Forecasts from Intel (NASDAQ: INTC) helped combat fears that the company would be hurt by the rise in portable device sales (Reuters)

Google (NASDAQ: GOOG) has put together plans to revive its growth in China (Reuters)

Apple’s (NASDAQ: AAPL) holiday sales and earnings are expected to be spectacular (Reuters)

Video game sales slowed in 2010 despite the success of the Microsoft (NASDAQ: MSFT) Kinect. The industry raised hopes for next year (Reuters)

The SEC is considering whether US banks including Citigroup (NYSE: C) and Blackstone (NYSE: BX) paid bride to get business from sovereign wealth funds (WSJ)

News Corp (NYSE: NWS) delay the launch of its product The Daily which is to be done with Apple (NASDAQ: AAPL)

The ECB warned that inflation may be rising in Europe (WSJ)

Target will expand into Canada (WSJ)

Media companies are concerned that the NBCU deal with Comcast (NASDAQ: CMCSA) could hurt their online expansion (WSJ)

The war for wireless customers in Africa has heated up (WSJ)

Sterling Bancshares has put itself up for sales (WSJ)

The euro rose on relief about EU debt (WSJ)

Banks will raise dividends after a three year break (NYT)

GE (NYSE: GE) has increased its push into energy (FT)