The Race For Online TV Will Have Few Winners 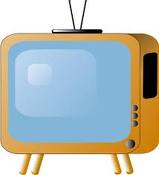 Sony (NYSE: SNE) will also start a video service to compete with Apple’s iTunes store, according to the FT. Sony’s will be unlike the other products because of the broad array of devices that will be able to receive the video content. This will include a host of Sony products  including the Vaio PC, Bravia TV line, the Blu-ray player, and Sony-Ericsson phones. Sony faces the barrier that almost none of its consumer electronics devices has an important share of its market. That will limit the number of people who might take the services.

The video-to-smartphone and IPTV to the home markets are already crowded by services from Walmart (NYSE: WMT), Qualcomm (NASDAQ: QCOM), several of the cellular service providers, and even nearly extinct video retail operator Blockbuster. Some of these companies will be losers in the pursuit of markets which may actually not exist at all. And it is the market size as much as the market share that is the trouble.

Most households find cable TV, satellite television, and fiber-to-the-home telecom TV adequate to their viewing needs. Each of these services offers hundreds of channels, and in most cases VOD. Comcast (NASDAQ: CMCSA) and Dish Network (NASDAQ: DISH) have a nearly insurmountable lead in the industry along with their direct competitors. It is very hard to imagine a case in which these completely acceptable services will be dislodged to any significant extent.

Amazon, Sony, and Apple are not competing among themselves primarily. They are competing against a decade of consumer habits which will be nearly impossible to break.