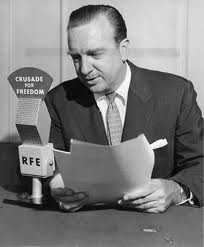 Reuters:   Japan says it is ready to move into the forex market to support the yen.

Reuters:   George Soros says that China was the big winner coming out of the recession.

Reuters:   The Senate could pass the small business bill this week.

Reuters:   The Department of Justice dropped charges against a former Merrill broker in an Enron case.

Reuters:   Microsoft released a new version of its web browser.

Reuters:   Yahoo! (NASDAQ: YHOO) said it will not sell its stake in Alibaba.

Reuters:   Potash (NYSE: POT) has begun work on a China-lead buyout to top the bid of BHP Billiton (NYSE: BHP)

WSJ:   The WTO said that Boeing (NYSE: BA) received illegal aid from the US government.

WSJ:   Microsoft is upbeat on the future of its Kinect platform

WSJ:   German is probing the head of Deutsche Telekom for alleged bribery.

WSJ:   China’s Anshan Iron & Steel Group said it will begin to buy companies in the US.

WSJ:   A study by Fannie Mae shows that fewer people own homes.

WSJ:   Chevron (NYSE: CVX) is near a natural gas deal in China.

WSJ:   Skyhook Wireles says Google pushed it out of deals.

WSJ:   According to Interbrand, the top 100 brands in the US gained 5% in value over last year.

NYT:   The payout from the BP escrow fund has been slow.

NYT:   Geithner will testify that China has kept the value of the yuan at levels to improve trade.

NYT:   China has begun to move from low-cost factories as it builds a middle class.

FT:   Greece ruled out the chance that it would default on its debt.

FT:   The US will consider ways to push the yuan higher.

FT:   The EU will begin more harsh regulations of derivatives.

FT:   Petrobras faces hard conditions to bring up oil in some of the regions where it has fields.

Bloomberg:   Fiat and Ford (NYSE: F) both had drops in sales as Europe vehicle sales fell for a fifth month.

Bloomberg:   Nokia (NYSE: NOK) investors were not impressed with the firm’s new smartphones.