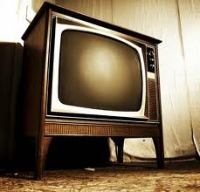 The print industry is dead. That has been the conventional wisdom for years, and it is becoming increasing clear that the conventional wisdom is correct. What may be news is that network and cable TV are rapidly being flanked by the online media providers. The rate at which premium video content has moved online should be throwing the media platforms into a panic.

These are some of the findings of a new 24/7 Wall St./Harris Poll survey of 2,095 U.S. adults surveyed online between October 8 and 12, 2010 by Harris Interactive for a survey designed in collaboration with 24/7 Wall St.

The 24/7 Wall St./Harris Poll on American Media shows that 81% of people believe that the use of print news will decline.  That, however, is cold comfort because 55% of those questioned said that traditional media will no longer exist in 10 years. Half said that they get almost all of their news online. This number increases to 65% among the media consumers of the future – people 18 to 34 years of age. Print has been pushed into a corner which is getting smaller and smaller each day. The modest recent increase in print advertising is likely due to the economic recovery and not a rebound of its viability as a source of news and information. 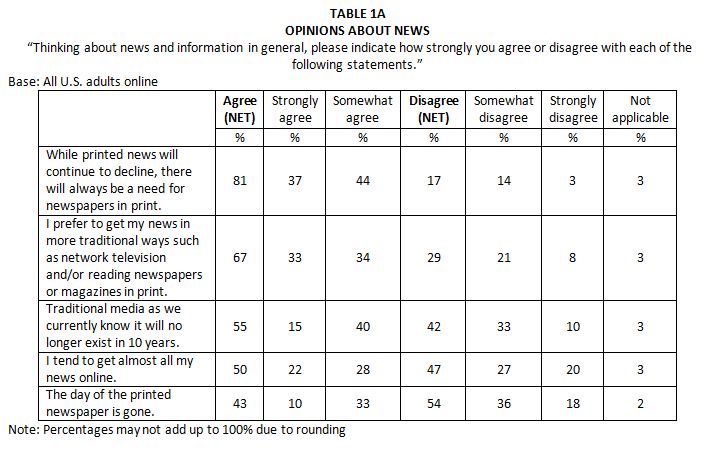 The habits of consumers of online network television content is much less discussed than the question of what kind of threat online media poses to print. The trend is negative, however, for companies which own traditional television networks. This holds true whether they deliver it over cable, satellite, the airwaves, or fiber-to-the-home. The 24/7 Wall St./Harris Poll On American Media shows that 85% of those who watch television programming view it mostly on a traditional TV screen while 18% watch television shows mostly on TV and sometimes on their computers. But, the figure jumps to 24% among those 18 to 24 years old. 5% of those asked said they watch television about equally on their computers and TVs. That number jumps to 10% among those 18 to 34. For premium content providers, the  growth in the number of people who use broadband-to-the-PC to consume video programming is more bad news.

This Is the Biggest Box Office Hit Since 2000

Oversight Board Cuts the Baby in Half Because Facebook Wouldn't

This Is the Actor Who Made Hollywood the Most Money