Netflix Did Not Sell Out to Comcast 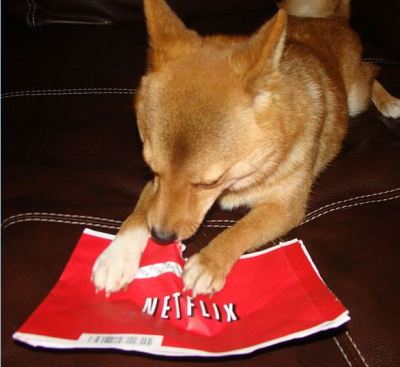 Source: Wikimedia Creative Commons, JohnnyMrNinja
A lot of pixels have been burned since Sunday’s announcement that Netflix Inc. (NASDAQ: NFLX) has agreed to pay a fee to improve its performance on Comcast Corp.’s (NASDAQ: CMCSA) network. Most opinion seems to be that Netflix gave up on its stand for net neutrality, the principle that all Internet traffic should be treated identically.

What has happened, in fact, is that Netflix has agreed to pay what is typically a fairly small fee to maintain the peering arrangement the company has with Comcast through Internet access provider Cogent Communications Group Inc. (NASDAQ: CCOI). Peering arrangements among network providers provide that roughly equal amounts of traffic can be passed off from one provider to another, usually at no cost. When the traffic from one provider begins to tip the balance, the heavier user generally has to pay for the additional bandwidth.

That is essentially what happened here. Netflix had tried to get Comcast to allow the streaming movie provider to install at its own servers and network devices at no charge in Comcast’s facilities to get a direct pipeline to the carrier’s backbone. Comcast wanted no part of that. Instead, Netflix will continue to use the equipment installed at Cogent’s facilities to push its content onto Comcast’s broadband network, but the payments from Netflix will guarantee that it gets the bandwidth it needs. That bandwidth most likely will come from Comcast fattening up its pipes and using Netflix’s fees to pay for it.

Google Inc. (NASDAQ: GOOG), Microsoft Corp. (NASDAQ: MSFT) and Facebook Inc. (NASDAQ: FB) are among the many other companies that pay for direct connections to the broadband carriers in order to give users faster performance.

The principle of net neutrality as applied to Comcast only covers the so-called last mile to a customer’s home or business. What happens with peering and other arrangements among broadband providers is a business issue, not a regulatory one. That could change, but don’t count on it.