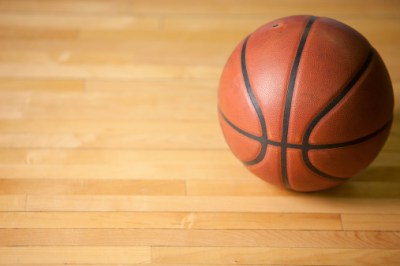 Source: Thinkstock
If you do not have a pay TV subscription, do not count on watching most of the NCAA basketball tournament that gets underway Tuesday night. You will be unable to watch any of Tuesday or Wednesday’s four play-in games because those games are all being carried on pay channel truTV, a Turner Broadcasting channel.

Turner is owned by Time Warner Inc. (NYSE: TWX). Turner pay TV stations TNT and TBS will carry many games and broadcast network CBS Corp. (NYSE: CBS) will carry some. The first two games of the Final Four will be on the pay TV channels, but CBS will broadcast the championship game.

The networks, both cable and broadcast, have figured out that one of the few reasons for consumers to pay for TV is to watch live sports. Who wants to watch the championship game a day after it has been played? OK, a few hard-core fans want to see a replay, but that is a relative handful compared to the millions who will watch the game live.

U.S. consumers are getting used to this. The national championship college football game was televised on ESPN, a pay TV network owned by Walt Disney Co. (NYSE: DIS). Live coverage of the Olympic Winter Games from Sochi were broadcast on pay TV networks belonging to NBCUniversal and its parent, Comcast Corp. (NASDAQ: CMCSA). Is the Super Bowl next?

With the exception of live sports, awards shows and maybe a few sitcoms that everyone talks about the next day at work, there is not much that broadcast TV has to offer. Viewers can record a program and play it back at their own convenience. Full seasons of popular programs can easily be found on streaming services, provided a viewer is willing to wait.

Adding to woes of those who choose not to pay for TV is the possibility that the broadcast networks will also hide behind a paywall if the U.S. Supreme Court rules in favor of upstart Aereo, the company that captures over-the-air signals, stores the data and then streams it to a subscriber’s home. CBS and Fox have both threatened to move popular programs to their cable networks. The Supremes will hear the case in late April.

Last year saw a blizzard of TV station mergers, led by Gannett Company Inc.’s (NYSE: GCI) $1.5 billion acquisition of Belo Corp. and Sinclair Broadcast Group Inc.’s (NASDAQ: SBGI) $373 million acquisition of Fisher Communications. The local station owners were shooting for scale in an effort to collect more retransmission fees from cable and satellite companies. These companies stand to lose a bundle if the broadcasters move their programming onto their own cable networks. Twenty-four hour a day infomercials will not help the bottom lines of local stations.

Then of course there are the over-the-top offerings from Netflix Inc. (NASDAQ: NFLX) and Amazon.com Inc. (NASDAQ: AMZN) among many others. Most pay TV networks already allow their subscribers to stream content directly to devices like smartphones, tablets and PCs. This part of the home entertainment puzzle hasn’t really been addressed fully yet, and will not be until there is an Internet TV that is more robust and easier to operate than anything currently available.