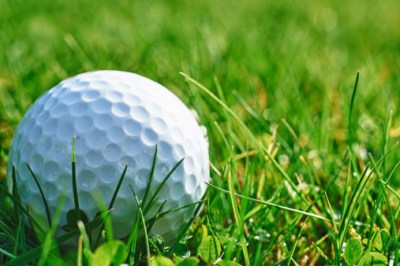 Source: Thinkstock
Golf is the least popular major women’s sport in the United States, according to a Harris poll conducted earlier this year. Sitting behind tennis, soccer and even the much-maligned Women’s National Basketball Association (WNBA), the Ladies Professional Golf Association (LPGA) has tried a variety of tactics to boost fan interest. But those attempts — specifically the addition of a fifth major and a season-ending playoff — have largely fallen flat. Is a new partnership with the Professional Golfers Association (PGA) of America just what the doctor ordered?

The details of the partnership
Announced last week, the arrangement — called a “merger” by The Associated Press — aligns the LPGA with one of the most powerful organizations in golf. Together with the PGA of America, and Big Four auditor KPMG, the LPGA will create a new major tournament to replace its long-standing LPGA Championship: The first KPMG Women’s PGA Championship is scheduled to be held June 8-14, 2015, at the Westchester Country Club in Rye, N.Y., with a purse of $3.5 million, which the organizations say is among the highest in women’s golf.The final two days of the tournament will be broadcast on NBC.

Digging into the numbers
Herein lies the biggest reason women’s golf made the move: primetime exposure. The PGA of America has experience running some of the biggest events in men’s golf, so its expertise may take the LPGA to new heights.

In the press release from last week, Molly Solomon, an executive producer with Comcast’s (NASDAQ: CMCSA) Golf Channel, explained the strategy: “NBC and Golf Channel will be able to raise the profile of this Championship including broadcast coverage of the weekend action on NBC.” NBC reaches an estimated 112 million households in the U.S., about 35% more than the Golf Channel.

As Nielsen’s latest Year in Sports Media Report points out, the LPGA Championship, broadcast on the Golf Channel, was watched by a miniscule 400,000 viewers per day last year. That’s less than half the size of the audience of the 2013 U.S. Women’s Open, televised by NBC and Disney’s (NYSE: DIS) ESPN2.

Most likely, an expanded TV presence means the Women’s PGA Championship will reach the size of the sport’s most popular tournaments. Those typically draw at least a million viewers each day. But beyond television, the partnership could also bring the LPGA more sponsorship revenue. As Randall Mell explained in a Golf Channel blog post:

“The Women’s PGA Championship was conceived as more than a golf tournament, with a mission focused on the empowerment and advancement of women inside and outside of golf. A women’s leadership summit and charitable initiative aimed at inspiring and developing new generations of women is part of the event’s new grand plan.”

ALSO READ: Companies Left in the Lurch as Tiger Woods Out of Masters

This broader scope creates a storyline that’s very attractive for sponsors, and is a reason KPMG became involved. The value of the auditor’s deal with the LPGA is unknown, but it’s likely not cheap. Phil Mickelson, who makes an estimated $30 million a year from endorsements, calls KPMG as one of his primary sponsors.

The bottom line
As you might expect, the LPGA isn’t exactly a cash cow. Its annual revenue was last pegged at $60 million by The Wall Street Journal, about one-fifteenth the size of the PGA Tour. If KPMG’s presence can rope in other sponsors like AT&T and FedEx — each has a fairly large footprint in men’s golf — it could mean millions more for the LPGA.

Speaking from experience, women’s golf is just as exciting as the men’s game. Maybe now more fans will realize that.

The financial equivalent of hitting a 300-yard drive
What if we told you there’s a time-tested way to find the best stocks? Give me five minutes and I’ll show you how. Every year, The Motley Fool’s chief investment officer handpicks one stock with outstanding potential – previous top picks have gained over 1,000%. Believe me, you don’t want to miss this. Just click here to download your free copy of “The Motley Fool’s Top Stock for 2014” today.