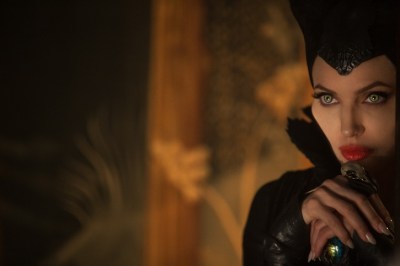 Source: The Walt Disney Co.
Amazon.com Inc. (NASDAQ: AMZN) has apparently decided that when the going gets tough, the company will play tougher. In what appears to be the company’s latest distribution dispute, Amazon has removed the pre-ordering option for a number of soon-to-be-released videos from The Walt Disney Co. (NYSE: DIS).

The titles include “Muppets Most Wanted,” due August 12; “Captain America: The Winter Soldier,” due September 9; “Million Dollar Arm,” due October 7; and “Maleficent,” due November 4. Earlier this summer, Amazon halted pre-orders for new video release from Warner Home Video, a division of Time Warner Inc. (NYSE: TWX).

According to HomeMedia Magazine, the dispute with Time Warner marked the first time that Amazon used its distribution power as a negotiating tactic, but it hasn’t been shy about playing the distribution card since then.

The online retailer’s distribution disagreement with book publisher Hachette has been simmering since June, and Amazon has used a similar tactic to try to get the publisher to accept lower pricing for e-books and a larger cut of the pie for Amazon.

The terms of the settlement between Time Warner and Amazon were not made public, but “The Lego Movie” and “300: Rise of Empire,” among other titles, became available for pre-ordering at Amazon again late in June.

In another dust-up over its dispute with Hachette, Amazon posted a letter to readers in which it misinterpreted a passage from “famous author George Orwell” to give the mistaken impression that Orwell was arguing in favor of collusion among publishers to maintain high book prices. Perhaps the company missed the irony because that is not something that is often needed in Seattle.

In any event, taking on the Mouse House may be more than even Amazon can handle. The outcome of this dispute is very likely to set the tenor of any future settlement. For Amazon, this is the big one.

This Is the Greatest Movie Hero of All Time

This Is The Best TV Drama Of All Time