Analyst Sees Much Larger Pandora Ahead, With Huge Upside 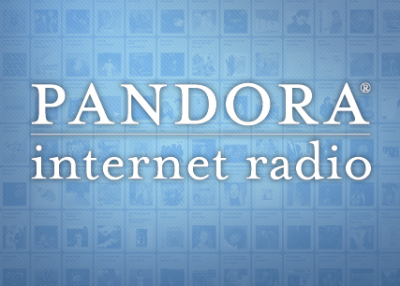 Source: courtesy of Pandora Media
The stock market may have recently hit all-time highs, but shares of Pandora Media Inc. (NYSE: P) were hitting 52-week lows as recently as February. A new research report from Canaccord Genuity signals that the bottom may have been seen — or at least that Pandora’s future is much brighter than its stock trading may have indicated.

Canaccord Genuity’s Michael Graham and Austin Moldow have laid out a much brighter future for Pandora on the heels of its recent analyst day meeting. The team not only reiterated their Buy rating, but they kept a price target of $28 on the Internet radio provider. If they are correct, Pandora shares could be facing upside of more than 80%.

Their takeaway was that Pandora’s analyst day pointed to the company being much larger in the next five years. They called it refreshingly content rich and signaled that management has broken new ground on key strategic initiatives for the next five years. This included moving past radio into other types of music, new ways to grow the listener base, a sharper focus on international expansion, and also developing a suite of products and services aimed at making Pandora a more effective partner for music makers.

While many of these initiatives will require the cooperation of music labels beyond the statutory CRB-driven royalty rates, we believe they have been long-awaited by investors and should help improve sentiment around the stock. While 2015 may continue to see some investors waiting until CRB rates are known, we find the stock attractive at current levels and believe 2016 is likely to be a breakout year for the company.

ALSO READ: Is Sirius XM’s Major Growth in the Past?

As far as Pandora’s financial outlook, the company said its investments will be supported by the company’s flat margin guidance for 2015. This was said to imply about $150 million in incremental operating expense.

Canaccord’s $28 price target is based on some high valuations, compared to other more established stocks. It was said to be based on 40 times the firm’s fiscal year 2016 operating earnings per share of $0.69. For a comparison, the consensus 2016 earnings per share estimate from Thomson Reuters is only $0.51, so a consensus estimate and a $28 valuation would dictate a 2016 implied price-to-earnings (P/E) ratio ahead of about 55.