The NFL's Most Expensive (and Cheapest) Tickets 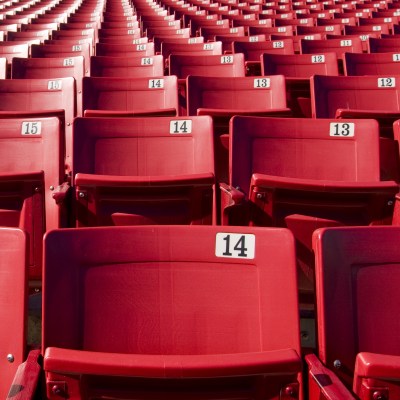 Source: Thinkstock
Winners should have the highest ticket prices among NFL teams. Or, teams in large markets where huge populations spike up demand in stadiums roughly the size of those in smaller markets. Or, maybe teams with big, marquee stars. Only sometimes.

Well into the NFL season, the prices for most teams are close to fixed, without some major shift in any team’s fortunes. Most teams have five or six home games left. Of course, the teams they will play are set, and have been for some time. In the secondary market, where tickets prices change all the time, demand is measured less by what season ticket holders do and more by what people are willing to pay for the next game.

With TiqIQ as the source, 24/7 Wall St. looked at the open market for tickets for each team between now and the end of the year. The team that has the highest priced tickets is the New England Patriots. It is a small market team, which should mean it has a limited fan base. However, it is the most successful team in the NFL over that past decade. At $433.68, its ticket prices are four times what they are for the team with the lowest priced tickets at $94.04.

There is some truth to the theory that teams that have been successful, whether in large or small markets, have the highest ticket prices. After New England, comes the Seattle Seahawks at $433.16. A Super Bowl winner in two seasons, and the team beaten by the Patriots in the Super Bowl last year, are having a horrible season this year with a record of three wins and four losses. After the Seahawks come the Broncos at $427.63, another small market team with a winning record and a marquee player in the fading Payton Manning. Rounding out the top of the list, the Green Bay Packers at $413.42. Yet another tiny market, and a team with a very long history of championships, going back to the original Super Bowl.

The first large market team is the Giants, with a ticket price of $329.07, a huge drop from the Packers.

About TiqIQ: TiqIQ was founded in 2009 with the singular mission to make buying event tickets more transparent, efficient and simple. It delivers on that mission each day by providing ticket buyers with real-time information on the latest price trends and access to the best deals from all sellers — for any event. Since launching, it has grown to become the largest aggregator of event tickets online, reaching millions of consumers a month through TiqIQ.com, as well as a network of nearly 1,500 publishers that include the best sports and music sites online.

ALSO READ: The Most Popular Brand in Each State