The Most Popular Brand in Each State 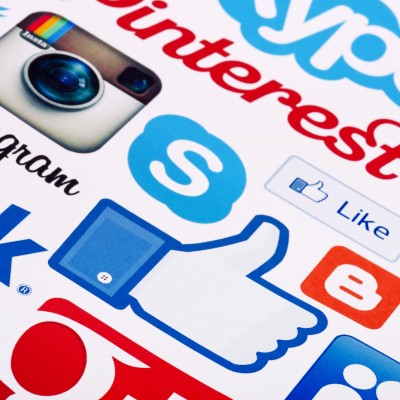 Source: Thinkstock
Marketing agencies make it a priority to identify the nation’s regional brand tastes — why people choose Coca-Cola over Pepsi, or Ford over Chrysler — in one part of the country over another. While the volumes of marketing research can point to the brands that are held in high regard in a given state — and why — much can be determined about a state’s preference from something as simple as its Google search history.

A review of search results through Google Trends reveals some fascinating regional differences in search popularity for the nation’s largest brands. Relative to other states, people are far more likely to search for McDonald’s in Illinois than in North Carolina. Similarly, California residents are much more interested in Sony than in Nokia. Based on Google search index results of the most well-known companies in the country, 24/7 Wall St. reviewed the most popular brands in each state.

Click here to see the most popular brand in each state.

Based on Google search index results, there appears to be several distinct reasons for a population to search for a brand in much higher volume than in the rest of the country. One, as might be expected, has to do with the regional use of a product. Southwest Airlines, for example, is the most popular brand in New Mexico, a state located in a part of the country the airline serves frequently. In Ohio — a state with eight division I college football teams and at least six professional sports teams — ESPN is the most popular brand.

In some cases, however, the reasons for a brand to have a very high search score in a given state is impossible to determine. For example, there is no easy answer as to why residents of Kentucky search for Microsoft’s Xbox brand — relative to the state’s total search volume — more often than in any other state.

In many cases, it may be that people are searching not for the brand itself but for something that shares the brand’s name. For example, in Colorado, where Pepsi is the most popular brand, the high volume of searches may be related to Denver’s 18,000+ capacity Pepsi Center, home to the Denver Nuggets and Colorado Avalanche. The Time Warner Cable arena in Charlotte may also explain North Carolina’s relative high volume of Time Warner Cable searches.

People are likely searching for many of these brands because they are interested in learning specific information about them or want to shop for their products. A review of this list, however, reveals that some of these brands might be popular because of how people use Google search. More than one-fifth of the most popular brands are frequently accessed sites such as Facebook, Twitter, Netflix, and eBay. For whatever reason, it could be that individuals in those states are searching for these sites rather than navigating straight to them.

To identify the most popular brands in each state, 24/7 Wall St. reviewed Google’s measure of search interest in each state for the 12 months through September 2015 for 209 well-known brand names. Data was retrieved from keyword search tool Google Trends, which provides an index value for the volume of searches for any given keyword. The most popular brand in a given state is the one with the highest index value. Google’s measure of search interest is based on the number of queries for a given keyword in the state divided by the total Google search queries. This value is indexed and normalized to account for the highest point of interest for the period. If more than one brand had an index of 100 (the maximum value) in a given state, the brand with the highest nationwide search volume broke the tie. Search volumes were collected from Google AdWords keyword planner.

These are the most popular brands in each state.