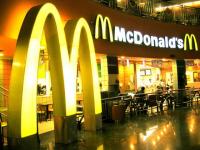 If the great magician Harry Houdini were alive today, the one thing he could never escape from would be inflation.

It affects the rich and the poor — though of course to varying degrees. Over the past few months, every third story in the business press seems to have been about how well consumers are weathering high prices.  So far, they have done it pretty well considering the huge spike in gasoline caused by the instability in the Middle East.  The fact that consumers have persevered is remarkable considering how much the prices for so many things have gone up in such a short time.

Clothing makers such as Hanesbrands were forced to raise prices this year after cotton prices reached highs not seen since the administration of Ulysses S. Grant.  This phenomenon is even pushing up the costs of producing a dollar bill, ironically enough.  Earlier this year, McDonald’s Corp said it would raise prices on selected menu items because of rising costs for agricultural commodities.  This applies to every aspect of the meal. Prices for winter wheat are soaring because of bad weather in certain parts of the country and export controls.  Prices for red meat may rise 7% to 8% this year, ensuring that the Quarter Pounder With Cheese pressures the bottom line of McDonald’s along with the waistlines of its customers.

Yes, even the humble French fry is not immune to the power of inflation.  A carton of Idaho russets recently sold for $22.24, up from $9-$10 last year.  The Packer newspaper reports that prices may climb even higher.  The coffee?  Prices for the beans needed to produce the caffeinated beverage may rise as much as 40%, according to Bloomberg News.  Kraft Foods and JM Smucker have already raised prices.  The chocolate chips in McDonald’s cookies?  Prices for chocolate have soared recently because of instability in the Ivory Coast, the largest cocoa producer.  Hershey Co. announced a 9.7% increase in wholesale prices in March.

When people think about rising gas prices, they think about the rising costs to fill up their tanks.
That’s understandable, considering that gas is climbing toward $4 a gallon and many politicians, even friends of the industry such as House Speaker John Boehner, continue to berate the oil industry over their sky-high profits.  But there are by-products of oil prices that many consumers don’t consider–such as diapers. For instance, Kimberly Clark Co. recently announced that it was raising prices on its Huggies diapers, pull-up training pants and other products by 3 to 7% because of costs of raw materials such as those that are petroleum-based.

Even though Americans remained worried about their economic futures, they are less concerned about their present circumstances.  Consumer spending increased in March by 0.6%, following a  revised 0.9% gain in February.  Most experts expect the economic recovery to continue to crawl along as long as oil prices don’t spike dramatically upward.  Scott Hoyt, director of consumer economics at Moody’s Analytics, says he is fairly bullish about the future.

‘We’re experiencing some increase in core inflation, but declines in food and energy inflation ,” he says in an interview. “We are expecting oil prices to flatten out soon and head lower. Obviously, there are risks to that forecast.”

Indeed, some experts are expecting oil prices to continue to rise, raising the spectre of a double dip recession.  Analysts at Bank of America Merrill Lynch argued that consumer sentiment would sour if people have to continually spend more money to fill up their tanks. So far, that hasn’t been the case.  The Thomson Reuters/University of Michigan Consumer Sentiment Index released recently showed a gain in April versus March.

Investment sentiment also remains largely positive as reflected by the gains in the main stock market indices.  Corporate profits have been good during what some are considering one of the best earnings seasons ever.   The Dow and NASDAQ just had their best months since December.

‘Consumers are continuing to modestly grow their spending,” Hoyt says, adding that has been boosted by the reduction in the payroll tax.  “We are seeing spending growth that is not what it was in the fourth quarter but that continues to be healthy.”