The Ten Industries Most Damaged By Inflation 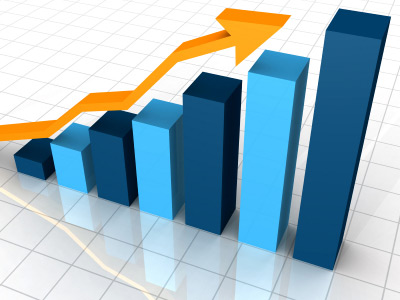 24/7 Wall St. has decided to investigate where inflation has the greatest potential to damage the economy.  There is plenty of ground to cover. It is clear that the cost of agricultural commodities, metals, and oil have risen substantially over the last six months, but many of those increases have not yet reached the consumer. “If raw material costs have yet to translate into consumer inflation, it is partly because high unemployment in developed markets makes it hard to raise prices,” said Oliver Pursche, co-manager of the GMG Defensive Beta Fund, on Newsmax.com. It is unfortunate that joblessness has a prophylactic effect on consumer price levels.

While inflation may lurk in some sectors of the economy, there are products and services that Americans use, like Google’s (NASDAQ: GOOG) search features and Citigroup’s retail banks, which are unlikely to be affected by inflation at all. The prices of these are not likely to rise because there are no major costs of goods to pass on.

Inflation in the United States has not approached the level that it did in the mid 1970s and early 1980s when interest rates rose to 20%.  Most economists believe that the Federal Reserve today has the foresight and tools to prevent a repeat of the price bubble of that period. That may be so, but the Fed cannot protect consumers from rising oil prices when they fill up their gas tanks or buy an airline ticket.

24/7 Wall St. took into account two effects that inflation has on an industry. The first is what the higher cost of goods means to their expenses. The other is whether companies in the industry can pass these costs along to consumers – either individuals or other businesses.

Rising prices are hurting many industries including retailers. Shoppers may reject higher prices and cut back spending to preserve their household budgets. Retailers will face margin compression if that happens. Earnings in the industry will be hurt, and in some cases this will be enough to cause layoffs.

The challenge is not unlike the one that the air freight industry faces. FedEx (NYSE: FDX) and UPS (NYSE: UPS) have raised rates to offset higher fuel prices. Each company has been able to increase shipping rates without alienating customers. The impact of this decision will not be clear until the companies announce second quarter earnings.

One advantage that many businesses have is that the effect of inflation on costs consumers must pay often lags. Large retailers probably have inventory which was made a number of months ago.  Temporary price increases in cotton and wool may not affect earnings if the period of inflation does not last long.

The commodities which have increased in price over a long period and for which there is great demand are not likely to fall soon. Oil is up, but not only because of trouble in the Middle East. Demand from China, the largest net importer of oil, continues to rise. The economic recovery in the US and Europe has naturally increased demand for gas, heating oil, and petrochemicals just as the recession decreased it.

Price for some agricultural commodities will stay high. Wheat production in Russia and China has been badly undermined by drought. It will take more than one planting season to reverse that. Another year of drought will make the situation much worse.

Apparel companies may be among the first groups this earnings season to highlight cost pressures because of the near-doubling of cotton prices last year. Still, clothing made with higher-priced cotton likely will not hit stores for six months or more, said Al Ferrara, national director of BDO Seidman’s retail and consumer product practice, in an interview with Reuters.

The 10 industries that 24/7 chose for this analysis were ones where it seems that the effects of inflation on their costs of goods will be long-lasting. Companies in these sectors will not escape sharp price increases in the core components they use to build the goods they sell. These firms may have to struggle with rising costs for several years.

The increase in oil prices is causing a rise in jet fuel prices, hurting earnings for many airline companies.  The NYSE Arca Index, which tracks major airline stocks, was down more than 5% on February 22, 2011, with all 13 companies included on the index moving lower.  Delta Airlines (NYSE: DAL) recently warned that increased fuel costs could hurt its earnings for the balance of the year.   Companies such as American Airlines (NYSE: AMR), United, Continental, U.S. Airways (NYSE: LCC), and Delta have increased the prices of most round-trip tickets to domestic destinations by $4 to $10, according to website FareCompare.com.

Rising food commodity prices are passed on from the wholesale food industry to retailers, which must then bear the burden.  Kellogg (NYSE: K) has faced higher grain prices. In response, the company announced that it will raise its cereal prices 3% to 4%.  Coffee prices are also up, prompting Starbucks (NASDAQ: SBUX) to announce that it would increase prices on larger drinks and drinks which require extra labor.  The same is true with Sara Lee, which sells Senseo coffee.  Higher corn prices affect the costs of many other foods, including meat, which is used for animal feed. This in turn adds margin pressure to companies like McDonald’s.  In November, Wal-Mart said that it expected “very moderate” inflation, but that it would be difficult to increase prices because of weak demand.  Other grocers, such as Safeway Inc. and Krogers, have said that increased supplier costs will be passed directly on to customers.