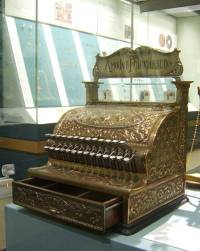 Deep discount retailers could be preparing for a comeback after slowing down somewhat since the beginning of the year.  This includes dollar stores, but also includes the clearance and deep discount stores.  Big Lots, Inc. (NYSE: BIG), which reported second quarter earnings this morning, may not be leading the charge, but it might be getting back into the race.

Since the beginning of the year though, Tuesday Morning shares are down nearly -30% and Dollar Tree’s gains have grown by less than half as much. The biggest portion of these stores’ 12-months gains came during the 2010 holiday season.

A March buyout offer for 99 Cents Only from Leonard Green & Partners gave the company’s shares a boost in March, and there is a rumored counter-offer coming from Apollo Global Management. Tuesday Morning announced a $5 million share buyback program a couple of days ago to give its share price a needed boost. Seasonal impacts are also having an effect.

As the back-to-school season nears its end, the stores have jumped back from a dive at the beginning of the month related to the downgrade of US debt. Solid back-to-school sales could put these stores in a position to reap even larger benefits for the coming holiday season.

Face it, the US economy is not going to get any stronger between now and the end of the year. The deep discounters aren’t going to lose any customers to pricier competitors like Wal-Mart Stores Inc. (NYSE: WMT) or Target Corp. (NYSE: TGT). If anything, the dollar stores will gain customers.