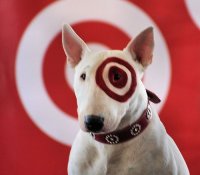 Target (NYSE: TGT) announced in late 2009 that it would no longer use Amazon.com’s (NASDAQ: AMZN) tech platform to run Target.com. The country’s second largest retailer wanted to completely control its online operations. However, Target’s site repeatedly collapsed as it was launched on the company’s own platform two months ago. The company’s need to own the foundation of its online operations was the basis for the decision to leave Amazon. But it was a mistake of arrogance. Target never had Amazon’s website e-commerce skills.

Target’s management almost certainly did not want its website run by Amazon.com, the world’s largest e-commerce business, because Amazon is a direct competitor. The issue of competition is true. Amazon has moved far ahead of Walmart (NYSE: WMT) and Target in online traffic and revenue. The two bricks-and-mortar companies cannot afford to fall further behind Amazon, which has had revenue sales growth of more than 50% during the course of the past year.

Online tech news operation ZDNet reported at the time that the company made its decision two years ago that “Target has to decouple from Amazon’s platform seamlessly and add features that can keep up with other retailers.” ZDNet could see the problems with the new Target.com months before the separation took place. Target believed it had the expertise and personnel to make the new project work. That did not turn out to be the case. The many breakdowns of the new site, just ahead of the critical holiday season, caused Target to fire its online president, Steve Eastman, on October 14. It is extremely unlikely that Target has a highly talented online executive to replace him. That means managing the Target.com problem has fallen to someone who is not an online expert.

Target’s mistake as it moved its online operations from Amazon’s platform to one it built for itself was simple. It believed that Amazon was a biased steward of Target’s website. But Amazon would do nothing to undermine Target.com’s operations. The public relations fall-out would be too brutal. Actually, Target was a signature customer for Amazon’s platform. It showed that Amazon could operate a large independent website in a way as good as, if not better than, if that independent company ran the website on its own.

Target’s site would not have had intermittent availability problems if it had stayed with Amazon. Target customers do not care where Target.com is hosted. Whether Target is uncomfortable about associating with a competitor is beside the point.

The arrogance of Target’s management that it had to control its own fortune in a business where it has no expertise has cost it dearly.