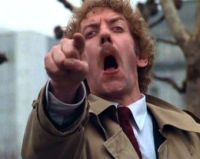 How wealthy does someone have to be to be wealthy? Not too much, according to a new poll by Gallup. The data show that Americans, who the government says have a median household income nationwide of $50,000, believe that what many would consider a modest wage — $150,000 — is enough money to lead a very good life. That, in turn, shows that American aspirations about income have fallen.

It may be that at a time when median income has not risen on a real basis for a decade, the threshold of wealth is not in the millions of dollars. And, in a period when many Americans do not have retirement funds, a nest egg that might only yield $40,000 to $50,000 a year on a $1 million principal isn’t enough for the aged to live on. And, with many people over 65 continuing to work because they must, that $1 million net worth has probably not been attained by many people who are beyond retirement age.

Americans’ perceptions of the annual income they need to be rich are a bit higher than in 2003, when Gallup last asked the question. Then, $120,000 a year was the median amount Americans said they would need to make in order to think of themselves as rich.

When being rich means $150,000 a year, some of the steam has gone out of the American Dream. A $500,000 house with two cars in the garage is beyond the grasp of most Americans, and the economy may keep it that way for years.

Methodology: Results for this Gallup poll are based on telephone interviews conducted Nov. 28 to Dec. 1, 2011, with a random sample of 1,012 adults, aged 18 and older, living in all 50 U.S. states and the District of Columbia.