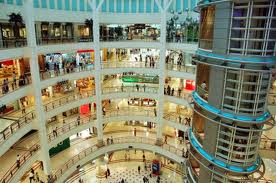 Retail sales made a strong comeback in July and August, rising 2.5% and 3.3%, respectively, year-over-year from a very low 0.3% increase in June. According to research firm Retail Metrics, September looks to be headed toward the middle of the range set in the last three months.

The biggest decline in sales comes from the drug stores, led by Walgreen Co. (NYSE: WAG) which did not conclude a new contract with pharmacy benefits manager Express Scripts Inc. (NASDAQ: ESRX) until July. The new deal should help boost Walgreen sales, but not yet.

The back-to-school selling season was strong in the first two weeks of the month, but tailed off quickly in the last two weeks of September. Warmer weather has also weighed on sales of winter gear. Retail Metrics concludes:

Our feeling is sales are likely to moderate over the next 6-7 weeks as consumers retrench, rebuild household balance sheets after [back-to-school] expenditures and take a breather ahead of the upcoming Holiday season. Moreover, consumers will have several presidential debates culminating in the election in early November to keep them distracted. This may limit spending in October.

Foot Locker Kicks It Up a Notch With Q3 Earnings

The Secret Behind the Record Results at L Brands

Can Anything Give Macy's Stock a Shot in the Arm?