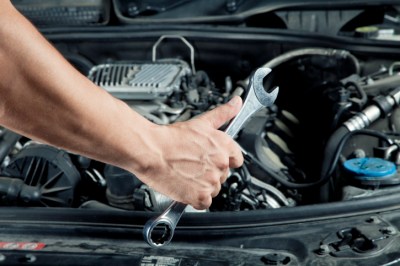 AutoZone Inc. (NYSE: AZO) reported first quarter fiscal 2013 results before markets opened this morning. The auto parts retailer reported quarterly diluted earnings per share (EPS) of $5.41 on revenues of $1.99 billion. In the same period a year ago, it reported EPS of $4.68 on revenue of $1.92 billion. Today’s results also compare to the Thomson Reuters consensus estimates for EPS of $5.39 and $2.02 billion in revenue.

While this past quarter’s sales results were lower than planned, they were not surprising to us. Regional sales discrepancies continued to challenge our results, however we began to see improvements in our more challenged regions late in the quarter.

AutoZone also announced this morning that it is acquiring online parts seller AutoAnything for an undisclosed amount.

Compare AutoZone’s results with those of competitor Pep Boys – Manny, Moe & Jack (NYSE: PBY), which reported quarterly results after markets closed last night. Pep Boys’ revenues totaled $509.6 million and the company posted a net loss of $0.13 per share. The consensus estimates had called for EPS of $0.15 on revenues of $527.8 million.

At AutoZone, same-store sales rose 0.2% in the quarter, while Pep Boys’ same-store sales fell 2.7%. AutoZone claims more than 5,000 stores worldwide to Pep Boy’s 720. Pep Boys has never recovered from its failed acquisition by Gores Group at $15 a share. When an acquirer would rather pay a $50 million breakup fee than complete an announced deal, that is not a good sign for the future.

Neither company benefits from the rise in new car sales. Parts dealers always do better when consumers fix up older vehicles instead of buying new ones. The state of the U.S. economy after the beginning of the new year will play a large role in how these stores perform in 2013.