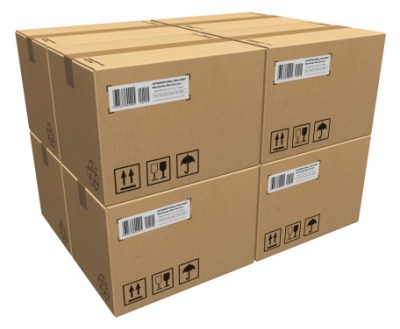 Here’s how it works: Subscribers to Amazon Prime (going up from $79 a year to $99) living in the lower 48 states can ship 45 pounds of household items for a flat fee of $5.99. And these items come in “standard” sizes, not the gargantuan package sizes that customers of Costco Wholesale Corp. (NASDAQ: COST) or Wal-Mart Stores Inc.’s (NYSE: WMT) Sam’s Club stores have gotten used to.

Amazon has even given customers a handy interactive graphic of the shipping box that continuously tracks selected items by weight and volume so that shoppers know what they have put in the box.

Like seemingly everything at Amazon, prices are low. For example a 12-pack of 12-ounce cans of Coca-Cola is advertised at a local Albertsons store for $4.28 per pack if you buy three. Amazon Prime Pantry sells the same carton for $3.99, but it takes up 23.2% of your shipping carton. A back-of-the-envelope calculation says that adds about $1.39 to the price of the 12-pack.

Amazon Prime Pantry customers are paying for the convenience of not having to go to the store for many of the usual household items. The total shipping cost per carton is about equal to a gallon and a half of gasoline at $4 a gallon. Figuring the average car gets 25 miles per gallon, that is a round trip to the supermarket of about 37.5 miles.

Most people live closer than that to a supermarket, but a Costco or Sam’s Club could be further away. And the quantities from Prime Pantry are not in the same league as the warehouse clubs. It could be that Amazon has come up with a solution to a nonexistent problem.