Does RadioShack Really Have a Guardian Angel? 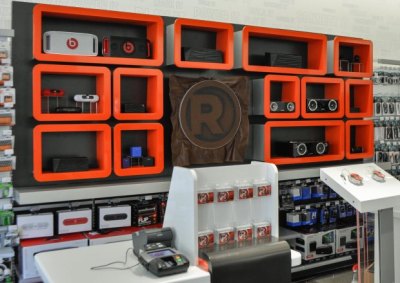 Source: courtesy of Radio Shack
RadioShack Corp. (NYSE: RSH) has had more than a rough ride recently. August brought a new low for the stock not seen in more than a generation, but then came word of a potential rescue financing that took the stock much higher. The question is whether there is a light at the end of the tunnel.

The company has been fighting retail trends from Best Buy, perhaps Walmart, and even Amazon, which have left the company near the brink. To prove the point, RadioShack has posted nine consecutive quarters of losses in earnings. It has even come close to being delisted from the New York Stock Exchange altogether because its shares fell below the $1 mark only to resurface just this past week.

On the heels of this news, share prices skyrocketed from August 27 through the end of the month. Prices reached as high as $1.77, when only a week prior the share price was only as high as $0.70 — an increase of 152%. For the first three weeks of August, prices stayed within the range of $0.55 and $0.75. At two points during the month, the share prices hit all-time lows of $0.55 and bounced off this for the first half of the month.

Here is the real problem. The Wall Street Journal reported that it could be in line for a cash infusion, but it called it “Idiots Throwing Money” in its assessment.

Another issue is whether RadioShack will be able to ultimately close the massive number of stores needed. Creditors did not allow such a move over the summer.

Other reports have shown that bargain basement buyers have moved to scoop up whatever unsecured debt they could. That has yet to be confirmed, but we have seen that bids stabilized around 40 cents on the dollar.

Our question and fear are one and the same. Even if RadioShack gets a financing package in the form of a bailout, can the company survive in a retail climate that has turned its back on the company.