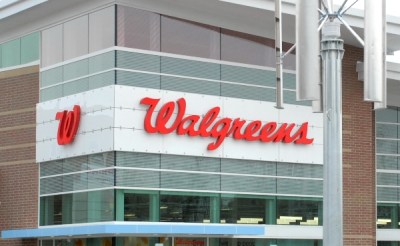 Source: Courtesy of Walgreen
There are two ways to grow a business, increase sales and revenues from an internal or organic way, or use cash and company stock to make a purchase. With many top companies having access to low interest rate financing, having a big stash of cash and company stock that has been repurchased, more deals could be on the way, and soon.

In a new research note from SunTrust Robinson Humphrey, the specialty retail analysts take a look at some deals in their sector that could make sense. They took into account what they term “intangible assets” and accretion potential from a deal, and that came up with four scenarios that are not so far-fetched.

The SunTrust team is very clear that this is more of a sector exercise than any hard knowledge that any of the deals could actually happen. But they think the deals would make sense and acquiring companies would pay the price for customer relationships, proprietary brands and content, and new markets.

Here are four of the deals that the SunTrust team proposed:

Best Buy Co. Inc. (NYSE: BBY) makes a move and decides to purchase GameStop Corp. (NYSE: GME). This actually makes a ton of sense, as Best Buy does sell consoles and games, and adding GameStop would bring the company’s customer relationships, and the vast amount of return business. Plus GameStop has a market leading position in used games and 41 million loyalty plan members. Best Buy shares closed Wednesday at $33.93. GameStop closed at $44.55.

Dicks Sporting Goods Inc. (NYSE: DKS) expands its footprint and acquires Hibbett Sports Inc. (NASDAQ: HIBB). With an estimated overlap of only 25%, this would make total sense for the acquirer, as it would expand it into many smaller markets it is not currently in. The SunTrust analysts also cite purchasing leverage with suppliers as a benefit. Dicks Sporting Good closed most recently at $52.15, and Hibbett at $47.92.

The SunTrust team estimates that at a 25% takeout premium, all these deals would be accretive for the acquirer, with some being much higher than the others. They also point out that there is a very real possibility the market would see the positive side of these potential acquisition and the stocks could rise after the deals. Given the multiple high-profile retail deals in the past few years, there is no reason to think these proposed ones are impossible.

There are a ton of moving parts, and again, to be very clear, this is an exercise the SunTrust team did. There is absolutely no guarantee or even implication that any of these deals could ever happen. However, they do make sense, and in a grow or die world, they all could have a chance.