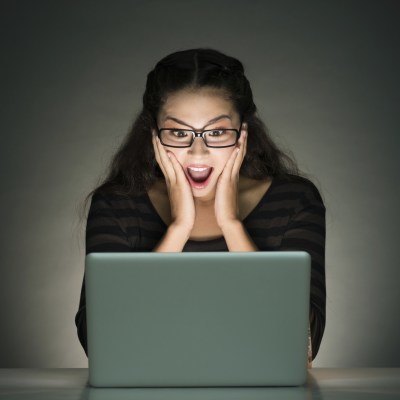 Source: Thinkstock
Wal-Mart Stores Inc. (NYSE: WMT) has just seen its shares tank due to its guidance at the investor day presentation. The driving force was a serious drop in earnings per share forecast for 2016 (its fiscal 2017). The news has caught main street investors and Wall Street analysts totally off guard. There is a big share buyback here, but it just is not enough to offset guidance that is this horrible. The news is so much less than what was expected that it created a spillover into retail stocks and was a big drag on the Dow Jones Industrial Average.

Wal-Mart warned that a stronger than anticipated impact from currency exchange rate fluctuations will now make its net sales growth for the current fiscal year be relatively flat. That figure would be growth of approximately 3% without the currencies. For a comparison to past guidance, Wal-Mart indicated earlier this year that net sales growth would likely be between 1% and 2%.

The company’s new sales growth targets over the next three years are for growth of 3% to 4% annually, ultimately adding $45 billion to $60 billion in sales.

The company is actively reviewing its portfolio to ensure that its assets are aligned with its strategy, and this now includes some $20 billion to be used for share buybacks in the next two years or so. The company announced a new $20 billion share repurchase program and retired the $8.6 billion remaining on its 2013 authorization.

Here is the quote, or what is inside the quote, that just killed Wal-Mart’s shares:

Fiscal year 2017 will represent our heaviest investment period. Operating income is expected to be impacted by approximately $1.5 billion from the second phase of our previously announced investments in wages and training as well as our commitment to further developing a seamless customer experience. As a result of these investments, we expect earnings per share to decline between 6 and 12 percent in fiscal year 2017, however by fiscal year 2019 we would expect earnings per share to increase by approximately 5 to 10 percent compared to the prior year.

Capital investments will be approximately $11.0 billion for fiscal year 2017 and will remain flat in fiscal years 2018 and 2019. Doug McMillon, Wal-Mart president and CEO, seems to ignore that this is a huge negative. That might make some wonder if other items might account for some of this. McMillon said:

These are exciting times in retail given the pace and magnitude of change. We have strengths and assets to build on and are making progress to position the company for the future. We’re encouraged by recent customer feedback and will continue to get stronger. Our investments in our people, our stores and our digital capabilities and e-commerce business are the right ones. We will be the first to build a seamless customer experience at scale to save our customers not only money but also time.

Exciting times? For who? Short sellers?

Wal-Mart shares were down a sharp 9.3% at $60.60 as of 11:00 a.m. Eastern Time. This is the worst one-day drop for Wal-Mart we have seen in years. We have also seen 20 million shares trade hands, already more than double the average daily volume of 8.6 million shares.

The only good news here, outside of the share buyback, is that the dividend yield is now indicated to be 3.2%.