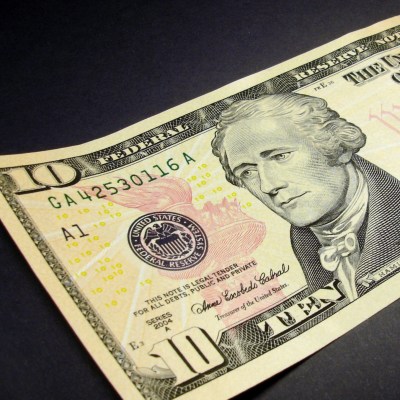 Source: Thinkstock
Rumors of a potential buyout of Rite Aid Corp. (NYSE: RAD) are spreading. While there has been a discussion that Rite Aid might be an acquisition target, the Wall Street Journal and Dow Jones have reported that Walgreens Boots Alliance Inc. (NASDAQ: WBA) is nearing a deal to acquire Rite Aid. While they have said that a deal could come as early as Wednesday, what matters to 24/7 Wall St. is just how much Rite Aid might actually fetch. If analysts are right, Rite Aid could be worth as much as $10 per share in a buyout.

Walgreens is now worth $102 billion. That compares to a valuation of $8.9 billion for Rite Aid, and that is after Rite Aid shares popped 39% to $8.48. Again, what could Rite Aid shareholders realistically expect? That $8.48 sounds impressive on the surface, considering almost a 40% pop. Still, Rite Aid has a 52-week high of $9.47. It also has a consensus analyst price target of $9.41 on a fundamental valuation basis.

Bank of America Merrill Lynch carries a Buy rating on Rite Aid, and that comes with a $10.00 price objective. The firm refreshed its research just a day earlier, and the firm’s note was after Bloomberg’s signal that Rite Aid’s efforts to purchase pharmacy files is ongoing. They even noted that Rite Aid’s plan is to buy pharmacy records and inventory from 16 A&P locations for approximately $9 million slated to go to a hearing on Tuesday. The note said:

We continue to view pharmacy file buys as one of the best return on capital investments for retail pharmacies, and part of our positive investment thesis on Rite Aid entails a return to acquisitions as a growth driver. Given Rite Aid’s history of strategic acquisitions, our forecasts include $100 million in annual potential deal spending. … Our positive thesis on RAD as a rebounding, financial-engineering story remains intact. Nominal growth, coupled with stronger cash flow, is facilitating capital spending and balance sheet optimization processes that should contribute to a stronger ROIC profile going forward. It is leveraging its pharmacy network with strategic acquisitions; for example, the EnvisionRx deal in June added a full service PBM that should bolster revenue and earnings growth in a capital efficient manner. In the second quarter of (fiscal) 2016, EnvisionRx contributed more to revenues and EBITDA than we forecast, and favorable cash flow dynamics for the PBM business should facilitate more aggressive deleveraging.

S&P Capital IQ has a Buy rating on Rite Aid, but lists a price target of $9.00. It lowered its price target from $10.00 back in mid-September.

[W]e continue to rate Rite Aid as Outperform. We believe that recent headwinds could ease at least somewhat next year, recent acquisitions should eventually fuel a repositioning and share gains, and the company remains a very attractive M&A target in a consolidating industry.