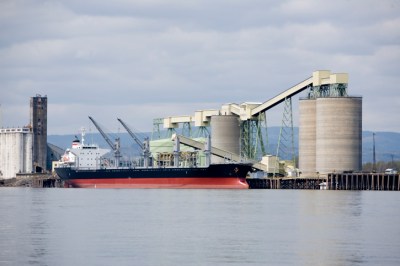 Source: Thinkstock
Shipping rates as measured by the Baltic Dry Index are up about a third since the end of August. The index measures shipping rates for dry bulk cargoes such as grain and iron ore and is often cited as a leading indicator of economic activity.

Well, at least it used to be cited as such. The index posted an all-time high near 12,000 in May of 2008 and has never gotten closer to that number than around 4,800 a couple of years later. The index stands at 1,860 today, more than double its reading just 12 months ago.

Forecast increases in Chinese steel production have raised forecasts for iron ore shipments and rising prices for corn and soybeans could hit record highs by the end of the year, raising demand — and rates — for bulk carriers to haul those cargoes. The spot rate for a capesize ship — the largest bulk carriers — today is around $36,400 a day, a far cry from the $7,000 spot rate 12 months ago. The spot rate for Panamax ships has nearly tripled, from around $3,700 a year ago to about $11,400 and the Supramax spot rate is up from $8,900 to nearly $10,000 a day.

Of the five stocks we’ve looked at, only Safe Bulkers has a positive earnings forecast for the next few quarters. None of the others is expected to post a profit for at least another 12 months. That may change soon.